(from goodreads.com
by Jessica) 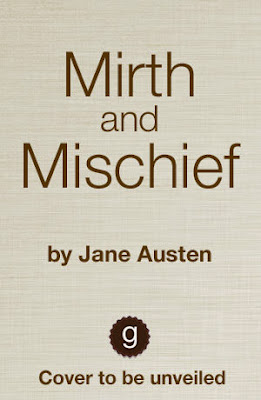 "A girl without a father can never have too many brothers, yet Abigail Branscombe often found her three elder brothers to be quite vexing."
—Opening line of Mirth and Mischief by Jane Austen

It is with great excitement and a weighty sense of responsibility that we make today's announcement: Goodreads has acquired and will release a previously unpublished work by Jane Austen. The full-length novel, titled Mirth and Mischief, will be made available to all readers in fall of 2014. We could not be more thrilled to introduce the world to Abigail Branscombe, an irrepressible heroine to join the ranks of Elizabeth Bennet and Emma Woodhouse, whose story of love, and yes, mischief will delight and perhaps shock Austen fans worldwide.

Our unlikely communion with Jane Austen began in August of 2013, when we moved our growing team to our new headquarters in San Francisco. Eager to fill our empty shelves with books, we purchased a large lot of volumes from an estate sale in nearby Napa Valley. Wedged between two aging folios, we found a full manuscript prefaced by a cover letter from Henry Austen, Jane's elder brother who acted as her literary agent, to London publisher Benjamin Crosby.

We have used the last seven months to consult with historians, Austen scholars, and legal counsel to verify the authenticity of the manuscript. We used every test at our disposal—including radiocarbon dating of the manuscript and verification of Henry Austen's signature. As the manuscript continued to pass each test, we could scarcely believe what we had stumbled on! After a rigorous textual comparison of the manuscript to Austen's known works, forensic linguists at the University of Oxford have confirmed the authorship as belonging to none other than Jane Austen.

Set in Derbyshire (Pride and Prejudice fans will remember this county as the home of Mr. Darcy's estate, Pemberley), Mirth and Mischief begins at Wicksfield Park, the home of 18-year-old Abigail, the youngest child and only daughter of the Branscombe family. Her parents died when she was in her infancy, and Abigail has grown up under the care of her three dashing older brothers. Henry, the indulgent eldest, runs the estate while Edward and George spend most of their time in the county's ballrooms and hunting fields. Headstrong young Abigail reads more and rides faster than any of her brothers, but soon finds that those skills may not work to her advantage when it comes to the sport of finding a husband—until she meets the intriguing and difficult Colonel John Durrant. Austen herself had six brothers, and this story is a touching homage to her favorite brother, Henry, who was instrumental in her publishing career.

We are in the final stages of preparing the novel for publication. Once completed, the priceless manuscript, despite its unlikely journey across the Atlantic to San Francisco, will be sent home to England and donated to the Bodleian Library at the University of Oxford, a leading force in Austen scholarship.

We cannot wait for Abigail Branscombe to take her place in the pantheon of Jane Austen heroines. Can you? In the meantime, add the book to your to-read shelf. 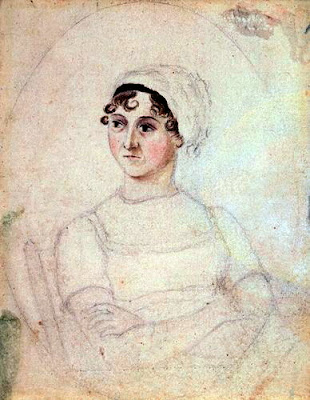