The most important things are the hardest to say because words diminish them.
-Steven King 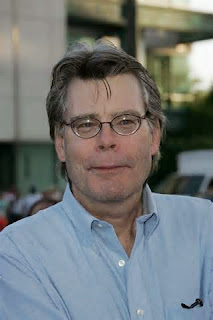 THE CONFIDENCE CODE
The Science and Art of Self-Assurance—What Women Should Know
by Katty Kay , Claire Shipman

In this follow-up to their 2009 best-seller, Womenomics, which argued for women's right to demand flexibility at the workplace, BBC World News America Washington correspondent Kay and Good Morning America contributor Shipman address how a lack of self-confidence hinders women’s career advancement.

In conversations among successful professional women, the authors have noticed a disturbing pattern: “Compared with men, we don't consider ourselves ready for promotions.” Women, they write, often have the false belief that they should not appear too aggressive—“if we just work harder and don't cause any bother, our natural talents will shine through and be rewarded.” As a result, their careers tend to prematurely plateau. Women lack the kind of self-assertiveness and self-confidence that propel their male counterparts forward, and the authors examine the reasons behind this phenomenon. Their investigation took them from the basketball court, where they spoke with WNBA stars Monique Currie and Crystal Langhorne, to the bastions of the International Monetary Fund and a conversation with Christine Lagarde, one of the most powerful women in the world. Through these interviews, Kay and Shipman confirmed their beliefs about the significant contrast between the typical male approach of pushing forward aggressively (e.g., shouting out questions or making unsubstantiated assertions in order to dominate meetings) and that of women, who instinctively hold back for fear of seeming pushy and aggressive. The authors attribute this to a lack of resilience and a drive for perfection, along with a tendency to dwell on past mistakes. After discussions with neuropsychologists and geneticists, they dismissed the importance of biological components (e.g., hormones or genes). Much more significant was the revelation by a recent graduate of the Naval Academy of the slang acronym that male cadets often apply to coeds: DUBs, or “dumb ugly bitches.”

An insightful look at how internalizing cultural stereotypes can hold women back from competing with men. 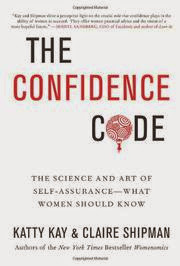 15 Words You Didn't Know Were Coined By Famous Writers
Posted by Mollydee55 at 12:51 PM