Jonathan Lethem On The Importance Of Don Carpenter

(from buzzfeed.com
by Lincoln Michel) 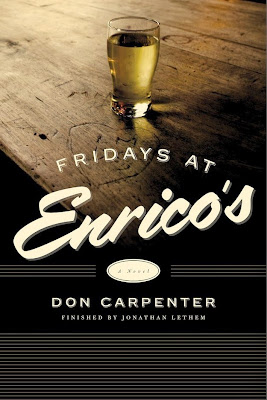 
You might not know Don Carpenter, but you should. Carpenter — the author of nearly a dozen books and close friend of Richard Brautigan — has long been championed by such luminaries as Jonathan Lethem, Norman Mailer, and Anne Lamott. But while critically acclaimed and loved by fellow writers, Carpenter’s work never fully caught on and for many years his books were out of print. His final manuscript, Fridays at Enrico’s, was found nearly complete after his suicide in 1995, but couldn’t find a publisher.
However, in 2009, his debut novel, the hardboiled Hard Rain Falling, was republished by NYRB with an introduction by The Wire alum George Pelecanos. This month, Counterpoint has published Fridays at Enrico’s after the novel was finished by Jonathan Lethem.

Fridays at Enrico’s is a triumph in one of the trickiest of genres: the novel about novelists. Fridays follows a group of West Coast writers in the ’50s and ’60s as they navigate the worlds of publishing and Hollywood. Carpenter paints a compelling portrait of that time and place without falling into the sentimentality, navel gazing, or bitterness that so many novels about writers do. Carpenter puts everything — literary jealousy, career breakthroughs, lost friendships, children, crooks, love, and death — into the novel, but doesn’t dwell overlong on any single element. Instead, the chapters move briskly as we follow the characters over many years through their successes and failures, ending up with a full — and surprisingly hopeful — view of literary life.

I spoke with Johnathan Lethem (author of Motherless Brooklyn, The Fortress of Solitude, and many more) about literary rediscovery projects, what it means to be a West Coast writer, and getting Carpenter’s final novel out into the world. 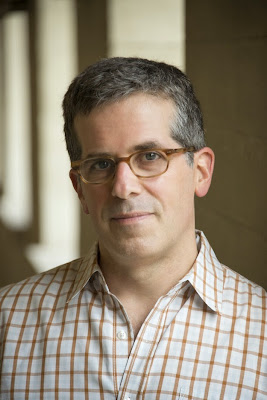 
Don Carpenter’s work was out of print for some time until NYRB republished his breakout debut, Hard Rain Falling, in 2009. You’ve long championed his work and now you’ve “finished” his final, posthumous novel. Can you talk about how you got involved with this project and what it was like to finish another writer’s novel?

Jonathan Lethem: I’m a fan of literary rediscovery projects. There have been a number of imprints over the years that dedicated themselves to this sort of thing, but most of them petered out after a few titles. I only knew of them because of my years as a used-and-rare bookseller; the reissue imprints were as dusty as the titles they’d tried to revive. This isn’t to say that a few writers aren’t successfully reintroduced from time to time: Dawn Powell by Steerforth, Paula Fox by Norton, Leonard Michaels just now. Further back, Henry James and Melville. But when NYRB Classics arrived, for the first time I’ve seen a reprint series had a momentum and a mojo that could relaunch dozens of great lost books, and gain a cumulative authority in doing so: Elaine Dundy, L.J. Davis, Renata Adler, John Williams, these being just a top layer on the charmed program. As it became apparent what they were up to, Carpenter aficionados like myself began dreaming, and whispering in NYRB’s ear. He’d been my favorite lost writer for a while.

After Hard Rain Falling, the way seemed clear for the next few of Carpenter’s gems to reappear, and I believe they will. It also revived talk among those who knew his last manuscript — Jack Shoemaker and Anne Lamott, a couple of others — about finding publication for it. Shoemaker knew of my advocacy, and asked me to read it. I did, and said I thought it was better than some of his published books, might be one of his best, and would only need a few paragraphs and pages here and there to make sense of the gaps that remained, and that I’d be happy to write them. Jack consented. A happy outcome.

What should readers who aren’t familiar with Carpenter know about him?

JL: That he’s great. What else does a reader need to know? I didn’t know more, the day I picked up A Couple of Comedians. I’m not arguing that he’s Melville or James; reorganizing the 20th-century American canon around Don Carpenter would be as heedless as reorganizing a video store with a section for “Harry Dean Stanton Movies” up front. But then again, if you stuck to that section, you’d be in pretty good shape.

Fridays at Enrico’s is a novel about both the isolation of the writing life and the meaning of literary friendship. Don Carpenter and Richard Brautigan were famously great friends, and, as you note in your afterword, some people believe this novel came out of an attempt to write about Brautigan after his suicide. Do you see any similarities between Brautigan’s writing and Carpenter’s?

JL: That’s a puzzle. I’d read a lot of Brautigan before I found my way to Carpenter, and read Carpenter without knowing of their friendship — and I’d have once placed them in opposite camps for Carpenter’s specific anti-flamboyance. But that just goes to show writers don’t belong in camps, let alone opposite ones. Now that I know of their personal sympathies, I can imagine how they’d have been trying to crack one another up with certain jokes predicated on tiny gestures, on word selection, sentence variation, and on tiny bits of character business. Of course, their characters are united by their fantasies of escape, of departure from the everyday, and by their appetite for sex and intoxicants (things that unite plenty of other characters, and readers). What’s weird is how Brautigan’s books embrace metaphoric fantasy, while Carpenter’s cut it off at the knees. 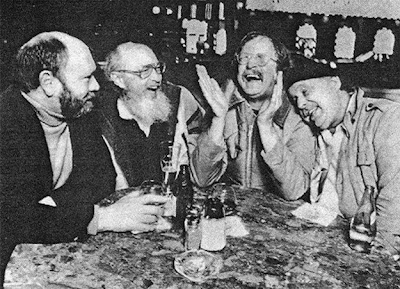 
Don Carpenter is considered a quintessentially West Coast writer. In your afterword, you note that “Carpenter writes as someone who knows the West as a real geography, with a culture of its own” as opposed to the East Coast view of the West as “a petri dish for American Destiny.” Can you talk more about the importance of the West in Carpetner’s work and in Fridays at Enrico’s specifically?

JL: I don’t know how Carpenter evades the mythic and metaphoric West that instills itself in nearly every other writer of his approximate generation, albeit in such wildly different ways — Thomas Berger, John Williams, Pynchon, Kesey, Kerouac, etc. And Brautigan too, of course. In predecessors too: Stegner, Chandler, etc., and passers-by, like Nathanael West or Bernard Malamud. He managed it, I suppose, by an instinct for puncturing grandiosity wherever he saw it. So, he never hypes the landscape, or its themes, yet his characters live in the West and are defined by it. In this he was simply ahead of his time. With Lamott, Louis Jones, Matthew Specktor, Mona Simpson, etc. we have dozens of examples of post-manifest destiny realism, but Carpenter is the clear-eyed witness to his own era. (I’m conscious, by the way, that I speak too sweepingly, and that somebody’s going to knock me upside the head with some terrific counter-example any minute now.)

As a writer in the early stages of my career, it is interesting to see how similar (the griping over advances, the resentment writers can have of a friend’s success) and different (hiring people to retype a manuscript) the struggles of the characters are to today. How do you think Jaime Froward, Charlie Monel, and the rest would fare in the 2014 literary world of Twitter, MFAs, and e-books?

JL: Jaime would win a National Book Award for her first novel and then never write again. Charlie, after languishing into his fifties, would create a hit HBO series about the Korean War. Dick Dubonet would run a slick website on writing about winter sports. Stan Winger would teach in an MFA program at a state university. I’m just kidding, how do I know? How do any of us deal with it all? We love to generalize about writer’s fates, in one era or another — I’m susceptible to this myself. But writer’s fates, and trajectories, are individual, and specific, and unrepeatable. Luck and context trump nearly everything. What makes this book work is that Carpenter sticks to the specifics.

You’ve been a great champion of underappreciated writers. You helped get Shirley Jackson’s We Have Always Lived in the Castle — which is one of my all time favorite novels — to a wider audience, and now you are helping Don Carpenter get back in print. If you could help get another overlooked writer get out there, who would it be?

JL: Laurie Colwin. And some unique books that fascinate me: Scarecrow, R.H. Morrieson. Figures in a Landscape by Barry England. The Death of the Detective by Mark Smith. I could go on, but that’s enough.
***
Fridays at Enrico’s is now available from Counterpoint Press.
***
Lincoln Michel’s fiction appears in Tin House, Electric Literature, Unstuck, NOON, and elsewhere. He is a co-editor of Gigantic magazine and Gigantic Worlds, a forthcoming anthology of science flash fiction of which Jonathan Lethem is a contributor. Sometimes he draws authors as monsters. He tweets at @thelincoln.