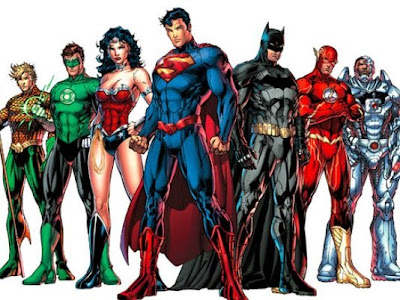 
Justice may be blind, but her hearing is just fine.

Responding to a rising chorus among comic-book fans for an all-star team of DC superheroes, Warner Bros. announced a Justice League movie that will arrive in theaters in 2018.

In an interview with The Wall Street Journal Sunday, Greg Silverman, the studio's president of production, said that Zack Snyder would follow his Man of Steel sequel, 2016's Batman vs. Superman, by directing the long-awaited film version of the popular comics series.

Silverman did not detail the characters who would flesh out Justice League ranks, but said he expected Henry Cavill to return as Superman, Ben Affleck as Batman and Gal Gadot to play Wonder Woman.

"It will be a further expansion of this universe," Silverman told the Journal. "Superman vs. Batman will lead into Justice League."

The announcement is the latest salvo in an escalating showdown between DC and Marvel Comics to rule Hollywood.

Recently, Marvel has dominated the landscape, with upcoming entries from Spider-Man and the X-Men this summer and an Avengers sequel in 2015. The average Marvel film earns $188 million, compared with $133 million for a typical DC adaptation, according to Box Office Mojo.

But the DC universe could be expanding, Sue Kroll, president of worldwide marketing, told the Journal, hinting at a spinoff film for Wonder Woman.

"That is our hope," she says. "With the right script, that would be viable. The world is ready for her."
Posted by Mollydee55 at 4:55 AM