(from kirkusreviews.com
interviewed by Sean Rose) 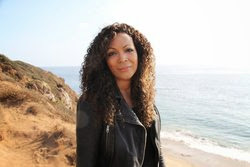 Some of the first stories Cynthia Bond ever heard were born from scars. As a child, she studied the scars scattered across the body of her mother, who gained most of them from growing up on a farm near Liberty, a small African-American town in East Texas.

“We’d point to a scar and we’d say, ‘Tell us that story,’ ” Bond says. “Each scar was like a chapter. That town was woven into my entire youth.”

She learned her family history, and in doing so, she learned the collective history of a specific group of African-Americans in a volatile time with stories full of love, magic, and inconceivable violence that echoes to this day.

She learned how her grandfather was a carpenter. How he found ground water with a divining rod. And her mother shared one of her earliest memories, how she was sitting at the edge of a cotton field as a little girl and people pointed and told her to look. “See that hill up there?” Bond says her mother was told. “That’s where your sister Carrie was killed.”

Bond’s aunt was murdered by the Ku Klux Klan in the late 1930s for being involved with a white man. Bond’s grandfather died knowing her killer was free. As far as Bond knows, there was never any retribution against the murderer.

“When something like that happens,” Bond says, “it’s really like a great thorn gets wedged into your heart.…It lives in me. It just sort of seeps into the DNA. It’s a part of who you are.”

It is a book with a gritty undercurrent of violence and manipulation. But it’s also a love story spanning decades in the Jim Crow south and a tale where religion is counterbalanced with pagan magic.

The book’s protagonist is Ruby Bell, who has returned from New York City to her childhood home of Liberty as a troubled 30-year-old woman. The locals promptly dismiss her as crazy and ponder reasons why, including the lynching of her aunt and past abuse she suffered as a child. The town’s violent past has left ghosts—both literal and figurative—scattered about and Ruby finds herself struggling with the spirits and her memories. Meanwhile Ephram Jennings, an admirer of Ruby’s since they were both children, faces down the indignation of his neighbors and family to win Ruby’s affection.bond_cover

The incorporation of magic is the most striking feature of Bond’s book. Spirits and spells are simply a reality of the world and there are pages of interactions with the intangible that read like a fever dream.

The presence of magic was another borrowed element from her family history. Bond grew up with a litany of superstitions—you couldn’t hang your underwear on the clothesline for instance, or be at risk of someone putting a hex on you—but the presence of ghosts serves a practical purpose, allowing Bond to have a tangible way to express the intangibles of hate. In the novel there are spirits that try to possess the living, and Bond sees the mechanics of evil as working similarly.

“It’s a way to showing how pervasive it is,” she says. “It enters you and becomes your blood stream.”

Aside from her family’s collision with hate and bigotry, Bond has personal experiences that informed how she would write Ruby as a character. Bond experienced physical and sexual abuse as a child, and part of the reason she began writing in the first place was to aid in her own recovery.

“Ruby wandered the road for 11 years,” she adds. “I think I went through that amount of time in my recovery.”

If Ruby and her author sound like people marred by violence with no hope in sight, neither are. How Ruby ends up is still a bit of a mystery by the end of the novel (the original draft was 900 pages long and Bond has since split it into three books and is hoping to find publishers for the remaining two). But Bond has found a catharsis in her writing, a fuel in her history and displays an infectious sense of optimism when they are combined.

“There is this urge to destroy beauty and things of great value,” she says of the world at large. “But ultimately I think that art that is created by love or genius, ultimately that survives. That is stronger.” 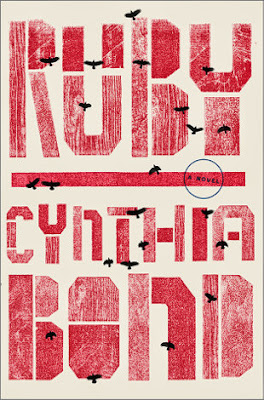 *Blogger's note: I am reading this book right now it is really good so far.
Posted by Mollydee55 at 11:15 PM