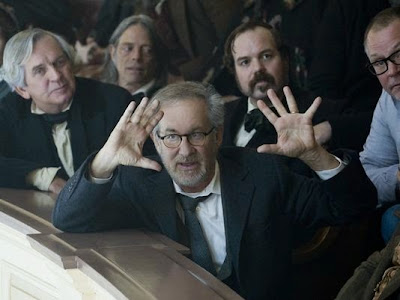 Steven Spielberg is attached to direct the adaptation of The BFG, Roald Dahl's 1982 children's book, according to The Hollywood Reporter.

DreamWorks acquired the book rights in 2011 to the tale of a giant who befriends an orphaned girl.

The film will be the second adaptation of The BFG, which was a 1989 made-for-TV animated comedy.

No release date has been set, the Reporter says, though it's expected in 2016
Posted by Mollydee55 at 3:52 PM