'The Jungle Book': Too Much Controversy For a Remake?

(from csmonitor.com
by Lisa Suhay) 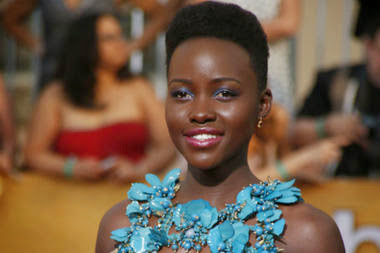 The Jungle Book' casting: Lupita Nyong'o and Scarlett Johannson are reported among potential cast for the remake of the Disney animated film 'The Jungle Book.' In this file photo, Ms. Nyong'o arrives at the 20th annual Screen Actors Guild Awards in Los Angeles on January 18, 2014.
Lucy Nicholson/Reuters/FILE


Instead of choosing to do a live-action remake of the classic animated film, “The Jungle Book” – based on the story by Rudyard Kipling – Disney could potentially be better off choosing fresh fare over a re-hash.

Lisa Suhay, who has four sons at home in Norfolk, Va., is a children’s book author and founder of the Norfolk (Va.) Initiative for Chess Excellence (NICE) , a nonprofit organization serving at-risk youth via mentoring and teaching the game of chess for critical thinking and life strategies.

Reports say that Oscar-winner Lupita Nyong’o and Scarlett Johansson are among potential cast members, in a computer-enhanced live-action movie re-make of the original 1967 film.

RECOMMENDED: How well do you know children's music?

As the film character Willy Wonka might flatly intone to someone about to embark on something foolhardy – when the candymaker knows the person will never heed rational advice – “No. Don’t. Stop.”

A re-make of “The Jungle Book” movie could be like walking into jungle quicksand.

The original movie is a battleground for its racial and political overtones, based largely on the fact that Mr. Kipling penned the story from a British colonialist perspective.

In the animated version, King Louie (not a character in Kipling's original text) does the Dixieland-style scat song “I Wanna Be Like You” sung by Italian-American jazz player Louis Prima, who was widely known as “The King of The Swing” in New Orleans back in the 1940s.

In 1967, when Disney’s animators came to Mr. Prima with the idea for the song based on his performance style, Prima joked with the Disney staff, “You wanna make a monkey outta me?”

According to Oxford online dictionary in ‘60s-speak “making a monkey” of someone meant to embarrass them or make them look silly.

That verbal exchange led to the ape king character in the film created by Disney studios, according to a 1967 interview with the animators and Prima.

However, according to Yahoo, “The character [King Louie] is widely panned as exemplifying 'negative racial stereotyping' and connoting inequality between African-Americans and Caucasians.”

For many, including those who didn’t know that Prima was behind the voice, the character negatively represented African-Americans.

I would easily accept that response if I had no clue that the character was actually a celebration of Prima as an Italian-American musician and jazz artist.

More to the point, why bother with this morass when there are so many other books to choose from that are as yet undiscovered by the Disney audience?

I am all about leftovers, but Disney can afford fresher fare than a rehash of a film that will have to be so deconstructed from the original into an unrecognizable hash in order to succeed.

In order to make “The Jungle Book” palatable to today’s audience, it might have to be overhauled with only a few recognizable pieces – the setting, some animals, and the orphan boy – remaining to remind viewers what they are watching. In fact, Disney already made a live-action version of "The Jungle Book" in 1994, but that film was so watered down that I forgotten all about it.

If you’re going to go to that much trouble, then at least pick a great children’s book that is brand new to Disney and go to town.

My advice: how about my favorite childhood book, “The Wonderful World of Aunt Tuddy.”

Written by Jeremy Gury, illustrated by Hilary Knight, and published by Random House in 1958, the book is now so rare that a single tattered copy sells for more than $80 on Amazon.com and hundreds on eBay.

As the story goes, when Aunt Tuddy’s nephew sends her a gift certificate to a big department store for $10 and the printing machine glitches it up to $100K, auntie goes on a spending spree.

Of course, the store eventually catches the mistake, but not before hilarity ensues, and the confusion entertains the readers. The book is hilarious, and packed with potentially Disney-friendly funnies and characters galore.

My mother and a slew of babysitters read “The Wonderful World of Aunt Tuddy” to me as a child – with my cat named Zero parked on my lap – at bedtime every night throughout my childhood.

Sadly, my copy of the book was lost to foul weather when I took it with us to live on our sailboat and read it to my sons on the journey.

I’m sure my childhood favorite isn’t the only work that Disney could bring to life.

This is just one of the myriad classic books from which Disney could choose for a new live-action or animation project.

Instead of slogging through the swamps of social politics, I recommend Disney’s production staff take a field trip to the library.

They need to sit in tiny chairs at wee tables, read aloud to children they don’t know and watch for when their eyes light up. Then they have found their next story.