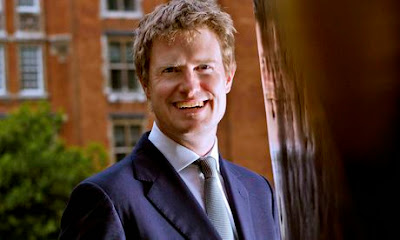 In the frame … Tristram Hunt MP. Photograph: Sarah Lee for the Guardian


The Idler Academy, an offshoot of the magazine which offers courses in everything from philosophy to ukulele playing, has announced the shortlist for its 2014 Bad Grammar award, set up to highlight "the incorrect use of English by people and institutions who should know better".

The shortlist is headed by Tesco, for using "less" not "fewer" in reference to numbers on loo-roll packaging – "Same Luxury. Less Lorries" – and for describing its orange juice as "most tastiest".

Next comes the NHS, for confusing subject and object in a letter – "Your appointment has now been organised to attend Queen Mary's Hospital … " – and featuring a rogue apostrophe: "The RDC Suite's are clearly signposted". Unfortunately named cafe chain Apostrophe also fell victim to the curse of the apostrophe in a marketing slogan, "Great taste on it's way".

Historian and MP Tristram Hunt is indicted for "tautology and other errors". He was accused by Michael Gove of bad grammar in the House of Commons earlier this year, for the tautology "ongoing continuing professional development".

Finally, Great British primary schools appear for "many and various" errors, including using "are" for "our" in the following sign in a playground: "We all wash are hands after playing in the sandpits."

This year's judges are Jeremy Paxman of the BBC, Rowley Leigh of Le Café Anglais and Hadley Freeman of the Guardian, and the winner will be announced on Thursday. Jeremy Paxman said: "People who care about grammar are regularly characterised as pedants. I say that those who don't care about it shouldn't be surprised if we pay no attention to anything they say – if indeed they're aware of what they're trying to say."