Fox in the Hen House? Romance Authors You Didn’t Know Are Men

The #ReadWomen2014 movement has us thinking extensively about female authors—their diverse range when it comes to genre, their inclination to use pen names, and their much-needed feminist messages. Most recently, we wrote about how the genre that most empowers women (writers and readers) is romance. But does that empowerment change when those romances are written by men?

Some of these male authors have been silently writing romance for nearly 30 years while others are just starting out, yet surprisingly there’s very little written about this steadily-growing trend of men picking up their pens and writing about love. Many romance readers have been devouring these books unaware, and are often surprised to find that the gender of their favorite author is different than they assumed. There are some authors, such as Nicholas Sparks and Wayne Jordan, who clearly showcase their gender, yet most either pair up with women in gender-balanced writing teams or choose to use gender-neutral—or even female-sounding—pseudonyms. The Night is Mine author M.L. Buchman notes that it’s “appropriately ironic” that he is concealing his identity in the same manner that women have done for centuries.

Here are five romance authors you may not have known were men, and the books to reread now that you know their true identities. 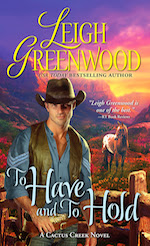 Best known for his Seven Brides series, Harold Lowry has been writing historical romance for over 25 years under the name of Leigh Greenwood. Originally, he mocked the genre—calling his wife’s romance collection her “sin, lust, and passion” books. All that changed when she got fed up and forced him to read Georgette Heyer’s These Old Shades. Lowry was hooked, and has since penned over 50 of his own romances.

Though casual readers would never be the wiser, he isn’t shy about his gender. Lowry proudly served as the first male president of his local Romance Writers of America chapter; he was later the first man to be elected to the RWA board of directors. Though he works in a field dominated by female readers and writers, he says, “I’ve never felt out of place.” Fans of adventurous cowboys and quick-witted Southern belles will love the first book in his latest series: To Have and To Hold. 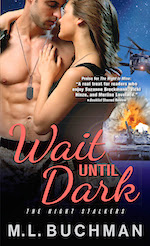 Since 2000, author Matthew Lieber Buchman has been writing romances as M.L. Buchman, a name just ambiguous enough for readers to shrug off the possibility that it could be a man behind the curly script and tautly-muscled hunks that decorate his covers. Buchman’s military suspenses depict capable and brave heroines who put their lives on the line for their country, and their hearts on the line for love. For those still skeptical of men’s ability to craft a proper romance, Publishers Weekly called his most recent title, Pure Heat, one of the top 10 romances of spring 2014.

Beyond the combat zones and the explosions of his novels, what Buchman most loves is the ending. When it comes to his characters’ love lives, he says, “I try to find them their soulmate, because, well, I love happy ever after endings.” As for the books that he credits inspiring him to work within the genre, he lists Susan Wiggs’ The Charm School and Laura Kinsale’s Prince of Midnight. 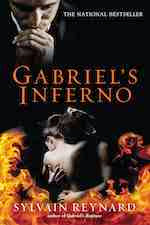 New York Times bestselling author Sylvain Reynard keeps his identity on the downlow. While many authors on this list “reveal” their true gender on their website, Reynard’s bio is written in the first person, and he uses “himself/herself” to further the mystery around his identity. Perhaps he’s the Lemony Snicket of romance—the only thing truly known about Reynard is that he’s a Canadian man. Pretty strange, eh?

Reynard’s currently working on a new series that will highlight all the glory of modern-day Florence, with some paranormal elements. The Raven won’t be out until December of this year, so readers are encouraged to check out his breakout Gabriel series for a taste of his style. Gabriel’s Inferno is a contemporary, steamy love affair worthy of the second circle of hell: Troubled, yet extremely seductive, Professor Gabriel Emerson fights his attraction for his wide-eyed and innocent graduate student. Pick it up if you’re feeling sinful. 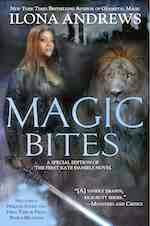 Many of the heroes and heroines of romance novels believe that they’re better off alone; that is, until they find the right person. Similarly, writing can sometimes be better as a two-person act—at least, one bestselling author thinks so. Ilona Andrews is the front for husband-and-wife writing team Ilona and Andrew Gordon. The passion for creativity originally belonged to Ilona alone, though as her passion grew, her husband couldn’t help but be sucked in. They found that the work they liked best was what they collaborated on. “It was totally Ilona’s idea,” he told Fantasy Book Critic in 2010. “I helped because we are a team and while individually we may be pretty good, together we are great.”

As a team, they’ve crafted the Kate Daniels books—an urban fantasy series in which technology and magic are in constant battle for control. Heroine Kate Daniels is a trained killer, good with a sword, and not so good keeping her mouth shut. The eleventh novel in the series, Magic Breaks, is set to be released this July. 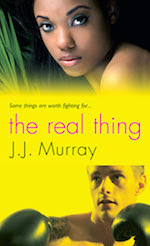 John Jeffrey Murray has written over 30 romance novels that feature interracial couples. Though he admits to writing bad poetry throughout high school, he’s shared that his relationship with his wife is what truly inspires the messages behind his J.J. Murray novels: “We’re all the same in the dark… I hope my novels convey that even normal ordinary folks can meet other normal, ordinary folks and have exceptional romance.”

His own works prove the truth of his reasoning, with characters that are funny, flawed, and struggling to overcome adversity. The Real Thing is his most popular novel, focusing on the love that develops between a former boxing champion and the young reporter set out to record his story, and uncover his secrets. Though we think fans will be just as excited about his next release, Until I Saw Your Smile, where it’s the hero (not the heroine) narrating the story.
Posted by Mollydee55 at 4:16 PM