'There Goes Gravity': A Backstage Pass to Rock History

(from azcentral.com
by Brooke Lefferts) 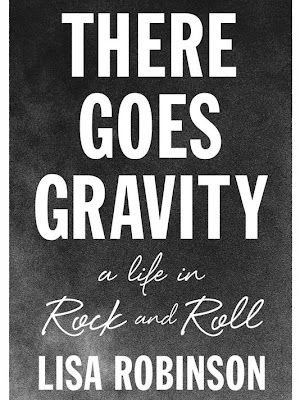 In the new book "There Goes Gravity: A Life in Rock and Roll," there's a photo of Mick Jagger whispering into the ear of journalist Lisa Robinson as she smiles mischievously. The 1975 shot perfectly illustrates why Robinson's so good at what she does: her access to big talent, the trust she gains with her subjects and her love of music.

A lifetime New Yorker and now Vanity Fair music editor, Robinson fell into writing in 1969 when her future husband — rock writer and producer Richard Robinson — got her a gig writing for a music magazine, tapping into her passion and setting her on a path as one of the first female rock journalists.

The book focuses on the music, offering few personal details, but an intimate, familiar tone. After 45 years in the business, Robinson is still excited by live performances and eagerly anticipates the next moment of greatness.

"It never felt like a job; it was fun, it was new, it felt like a 'calling.' Whether I was in a private plane with Led Zeppelin or the Rolling Stones … or standing in 2 inches of beer on the floor of CBGB's — it was exactly where I wanted to be," she writes.

Robinson had the good luck and timing to witness the beginnings of many bands. Armed with a coveted backstage pass and multiple old-school cassette recorders (which she still uses), she was part of hundreds of entourages. The book highlights about a dozen acts she suggests have been the most influential. She returned to interview favorites — including David Bowie, the Clash, Patti Smith, Eminem, Jay Z and Lady Gaga — several times, delving deeper into the souls behind the talent.

Although she admits to trading gossip as one way of endearing herself to her subjects, Robinson is protective, avoiding sordid details of the groupie sex, violence and excessive drugs that occur on tours. "I was with them to get a story, not to judge," she writes.

Even the most media-wary artists come to trust Robinson because she's more fan than a critic, able to keep secrets and is industry savvy. One of the few journalists to sit down with John Lennon and Yoko Ono, she offers fascinating quotes, but her rose-colored glasses are off when describing their reclusive, self-centered life in New York. 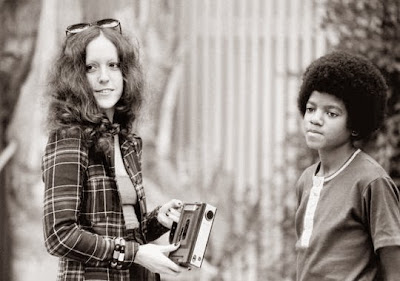 Rock journalist Lisa Robinson interviews Michael Jackson in Encino, Calif., in October 1972. Jackson is one of the many musicians Robinson writes about in her new book, “There Goes Gravity: A Life in Rock and Roll.”(Photo: Andrew Kent/Riverhead Books)


Robinson has a knack for getting subjects to share revealing personality traits that speak volumes. After interviewing Michael Jackson several times in his rise to stardom, she notices he has two voices: one high and soft for the public, another normal and commanding for his inner circle.

When she asks U2's Bono how he handles home life after being on tour, he answers candidly. "In a very, very, very deep place I'm secure. And on the surface, secure. But somewhere in there, I need 20,000 screaming people a night to feel normal."

Tracing the evolution of U2, Robinson shows how, despite talent and good intentions, a band can lose its way in the tornado of success. In the group's '90s "Popmart" phase, they let celebrity and philanthropy get in the way of the music.

Always looking for edgy, surprising talent, Robinson started to pay more attention to rap and hip-hop, recognizing the same anger and lyrical skills as punk rock. She hails Eminem (whose lyric is the book's title) and Kanye West as often under­appreciated artists who say what others are too afraid to say.

Robinson writes affectionately about most rockers but does get in a few jabs. She describes Lady Gaga as a gifted singer and musician who's connected to her audience, unlike Madonna, whom Robinson calls driven, humorless and lacking passion.

Her strength is putting music into historical context. She makes connections between bands, suggesting blues greats influenced the Stones, punk bands like the Clash led to U2 and the Jackson Five inspired Jay Z. The book serves as a history lesson on how music has impacted U.S. culture, touching on racism, drugs, AIDS, feminism, homosexuality, art, media and fashion.

Rock fans will likely be holding up a proverbial lighter after reading "There Goes Gravity." Robinson must have many more stories to share. If we're lucky, we'll get an encore.