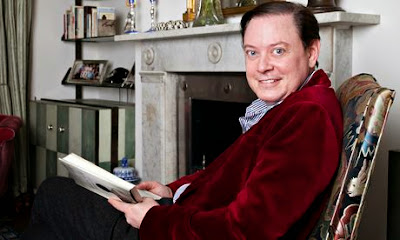 'This is a rapturous day for me' … Andrew Solomon. Photograph: Sophia Evans

Ten years in the writing, Andrew Solomon's "monumental" book about parents and exceptional children, Far From the Tree, has won the £30,000 Wellcome book prize for a title on a medical theme.

Solomon interviewed more than 300 families for the book, which covers subjects from autism to prodigies as it tells the stories of parents who find profound meaning in their relationships with children who are unlike them. He spokeof how "the backdrop to the book, woven through its chapters, is my own experience as a child who was miserable about being gay and as an adult who has found joy with my husband and our children".

He said that winning the prize so soon after the UK passed gay marriage was "especially cheering". "My husband and I first celebrated our civil partnership in the UK in 2007, and we are overjoyed, as are so many other people enmeshed in love, to be able to assume that beautiful word for our relationship. That, like this prize, marks a more tolerant, kinder world. This is a rapturous day for me," said the author and journalist, who writes for publications including the New Yorker and the Guardian.

Solomon uses the book, which is subtitled "a dozen kinds of love", to investigate different types of family, including children born of rape, children convicted of crime, transgender people, deafness, dwarves, Down's syndrome, schizophrenia and disability. The author said he was accepting the prize on the behalf of the families he interviewed while writing the book, "who told me their stories with such bracing honesty and such unyielding passion", speaking of his admiration "for the human spirit that allowed so many of them to end up grateful for lives they would once have done anything to avoid, that allowed them to love and fight for children whom so much of society might have dismissed".

He has won rave reviews for his nigh-on 1,000-page tome: it's "a wise and beautiful book", said the New York Times, "an affirmation of what it is to be human," said the Guardian, and "a catalogue of astonishing tenacity and unexpected joy that inevitably expands both our sympathies and sense of wonder at the immense variety of human experiences," said the Financial Times.

Chair of the Wellcome prize judges, the former poet laureate Andrew Motion, said the choice of Far From the Tree ahead of shortlisted titles including Eat, Pray, Love author Elizabeth Gilbert's novel about botany The Signature of All Things and Hallucinations by Oliver Sacks was "unanimous" for the judging panel.

"It's already been widely praised but I hope this lifts it to another level," he said of the book. "Anyone who has ever had anything to do with a family should read it - and that's everybody."

Motion called Far From the Tree a "very, very unusual" title. "It's written in an astonishingly sprightly way - it has that New Yorker blend of sprightliness and deep seriousness," he said. "It's very deeply learned as well."

The Wellcome prize is in its fifth year, and was set up to honour "the best new work of fiction or non-fiction released each year centred on medicine and health". One novel has won the award so far, Alice LaPlante's Turn of Mind, with other winners including Andrea Gillies' Alzheimer's memoir, Keeper, and Thomas Wright's biography of William Harvey, Circulation.

Motion said that the greatest strength of Solomon's winning title was "to combine proper scholarly objectivity with a sense of intimate connection – and to do so in ways that allow for the creation of distinct categories and clear conclusions, while at the same time admitting contradictions and exceptions. It is, in other words, a very well-organised book yet a very generous-minded one: a profound reflection on the family, and on the influence of medicine and science," he said.

"And not only that. It's also a book that is driven powerfully by an appeal to personal experience – by Solomon's recollections of growing up as a gay man, and by his exploration of the difficulties and opportunities this created for him. Taken all together, these things make it an exceptionally distinguished winner: startlingly intelligent, generously compassionate, memorably insightful, and courageous."

Solomon said he was "profoundly honoured" to receive the Wellcome book prize, and "very grateful to the judges for their generous reading of my work".

"There sometimes seems to be an opposition between the social progress that allows us to accept the range of human difference and the medical progress that allows us to cure and eliminate many such differences," said Solomon. "My book is about the extraordinary stories of love and compassion that unfold around this duality. For such work to be recognised by a prize that is specifically focused on medicine and health indicates the increasing openness to the nuanced questions of what constitutes health, and what the appropriate parameters are for medicine."

Motion was joined on the judging panel by the writers Lisa Appignanesi and James Runcie, medical journalist and television presenter Michael Mosley and Guardian columnist Hadley Freeman.
Posted by Mollydee55 at 10:16 AM