(from buzzfeed.com
by Jesse Nathan) 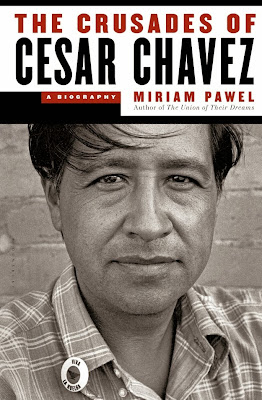 Ceaar Chavez is arguably the greatest community organizer in American history. He rose up from obscurity and poverty and built a movement for poor farm workers, battling to ensure them protections other groups of workers had long been afforded. And Chavez is a hero not just for Mexican-Americans — most of the farm workers he helped were Mexican migrants — or for Californians, but for anyone interested in nonviolent social change. He apprenticed first under an organization funded by Saul Alinsky, and he studied the writings of Gandhi and Martin Luther King Jr. And yet, despite piles of hagiography, no one had yet written a definitive biography of the man. That awkward state of affairs, ladies and gentleman, has changed.

The Crusades of Cesar Chavez is Miriam Pawel’s new book, out now from Bloomsbury, and it is a meticulously researched account of the great and complicated labor leader. A former journalist at the Los Angeles Times, Pawel has been studying Chavez and the United Farm Workers (UFW) for nine years, sifting through archives and crisscrossing the country conducting interviews, including with my dad, an attorney with the union in the 1970s. Over the last month, she and I emailed back and forth, and out of our exchanges pieced together the following interview. 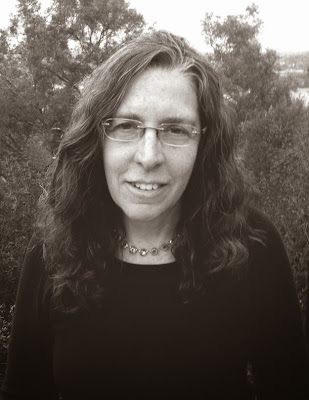 
Where does your book begin?

Miriam Pawel: The book opens with Chavez speaking to an unusual audience, the elite of San Francisco, at the Commonwealth Club in November 1984. He delivers what is tantamount to a eulogy for his own union and presciently looks ahead to a future when power in California will belong to people who look like him. I chose that scene because the speech sums up so much about where Chavez came from and what he tried to accomplish, his failures and successes, his vision and his legacy.

Your work is never hagiography. What sorts of difficulties did you meet with?

MP: There is tremendous reluctance in some quarters to treat Chavez with anything less than complete reverence, for fear of tarnishing the preeminent Latino icon. The Chavez family has taken the lead on that. So I’ve encountered occasional hostility. I’ve been disinvited from events for fear of offending loyalists. People will say things like, “It’s all true, but why do you have to write it? He’s the only hero we have.” Fortunately, the historical record Chavez left behind is so rich that his heirs’ protectiveness didn’t hamper my research.

What first drew you to the story of Cesar Chavez?

MP: The people who had been drawn to the farm worker movement in the 1960s and ’70s, from the fields, colleges, churches, law school — they fascinated me. I had never encountered a group so passionate about their experience, so adamant about how the movement changed their lives, and so baffled by what had gone wrong. Three decades later, they were literally haunted by questions about why the UFW ultimately failed after achieving such remarkable success, whether they could have done anything differently, and why Chavez made certain decisions.

Do you have any comment, as an historian, on the movie that’s just come out?

MP: As Diego Luna has said many times, it’s the family’s story, written, produced, and promoted in close conjunction with the Chavez family, so it reflects their view of events. Events are very condensed and most of the context is stripped away. I came away wondering if anyone who did not already know most of the story could possibly understand what really happened, how the boycott was won, the import of Chavez’s fast, or the scope of his strategic brilliance. It’s a feel-good movie about a heroic Mexican-American, but it doesn’t begin to capture the complexity of the events. I think the history is far more dramatic than the movie.

What became of the UFW’s powerful legal team in the late 1970s?

MP: Chavez used the lawyers, who were paid small salaries, to force a referendum on his policy of an all-volunteer staff. The ensuing vote effectively dismantled a department that had been one of the union’s most effective weapons. The tape of the debate about whether to reaffirm the volunteer policy is one of the union leadership’s most fascinating and agonizing philosophical discussions. Chavez predicts the decision will mark a profound turning point in the union’s history, and he was right. What drove his action, in part, was that once the UFW functioned as a more traditional labor union after the passage of the 1975 California Agricultural Labor Relations Act, the lawyers’ role changed. Instead of fighting the novel and flamboyant battles of the early years, which Chavez loved, the lawyers focused on nitty-gritty aspects of the law. Chavez found that work uninteresting. He called it “non-missionary work.” 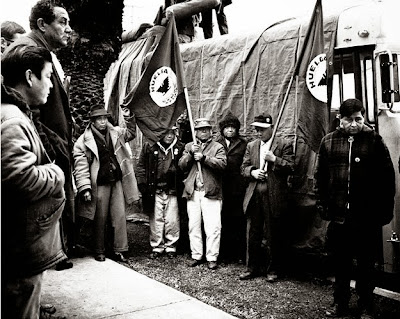 
My father and mother were attorneys on that legal team. What about my father’s story in particular led you to interview him in your research?

MP: Two things stood out. First, he was there for the cause, not the man, during a period when that became increasingly rare.
Second, he was still trying to figure out, decades later, how things had unraveled and why the union ultimately failed.

By the time your father joined the UFW in 1973, Chavez had been a revered icon for years and attracted young, worshipful followers. Sandy Nathan was far more political than most recent recruits and not in awe. He viewed Chavez as a remarkable leader, but one whose fame and strategic prowess were tools to achieve broad, far-reaching social change. I came to realize that Sandy was more emblematic of the first generation volunteers, most of whom came to Delano in 1965 straight out of the civil rights movement. Sandy had tremendous respect for Chavez, but was not prone to hero worship, nor did he define himself in terms of his relationship to the union leader. Also, his narrative arc — from passionate believer through disillusionment, despair, and unanswered questions — illustrated the stages a lot of UFW volunteers went through.

Were there early signs that things heading toward disintegration?

MP: I can’t pinpoint one moment, and I think there was a confluence of events. People don’t live and operate in vacuums. They are products of their time, and sometimes accidents of fate. Often, Chavez was responding to events put in motion by others, as when the Filipinos walked out on strike in 1965, or when Jerry Brown negotiated a historic labor law in 1975 that set in motion hundreds of elections. Would the UFW’s path have been different if Chavez had not formed an alliance with Synanon founder Chuck Dederich in the late 1970s? Probably. But there would have been someone else who played a similar role, I think.

I do think his fast in early 1968 was an important inflection point. One of his top aides later said that after the fast, Chavez was “too saintly to make mistakes.” The ensuing publicity accelerated his transition from labor leader to national icon. He is also, of course, far from the first charismatic leader to successfully build an organization, and then struggle to run it.

What was Synanon? It sounds sinister.

MP: Synanon was a drug treatment program that morphed into a cult under the leadership of Charles Dederich, a charismatic charlatan who eventually plead guilty in a plot to kill an adversary by placing a rattlesnake in his mailbox. Chavez was drawn to Dederich at a critical time, as the UFW struggled with its movement-versus-union debate. He was drawn to Dederich because of Dederich’s entrepreneurial success and seeming ability to mold an organization into a tightly controlled communal society.

What was one revealing, surprising moment for you in your research?

MP: Reading Chavez’s journals and reports from his years as an organizer for the Community Service Organization in the 1950s revealed, almost day by day, his education and evolution as an organizer. Because Saul Alinsky required the reports, Chavez (who was not accustomed to writing), chronicled in minute detail his daily work. Much of it is supremely mundane — cleaning up buildings, fixing typewriters, cutting stencils. But in toto, the reports convey a sense of how he learned to strategize and to organize — one person at a time. Even in his stilted writing, he conveys the pleasure he took from helping people in their small struggles — to get a birth certificate, fix a tax problem, resolve a dispute with police — working from the office he called his “problem clinic.” I found that key to understanding Chavez and what drove him in later years.

What about one novel-worthy, dramatic moment?

MP: Chavez preserved not only documents, but hundreds of tapes — of meetings, conversations, classes, phone calls. The inventory is sketchy, and notations on the boxes often incomplete. I spent hours in the Reuther Library at Wayne State, threading the tapes into an antique reel-to-reel tape recorder, a few of its buttons missing, straining to listen and to identify the speakers and the context.

One day I requested a tape that was listed as “Travell,” knowing that Dr. Janet Travell, who had been John F. Kennedy’s physician, had gone to Delano in 1969 when Chavez was bedridden with crippling back pain. The tape was still in its pristine, plastic envelope. As soon as I started, I realized I was listening to Travell examine Chavez for the first time, as he lies in bed, unable to sit up without help. To his tremendous relief, she explains his basic problem: He was uneven, his left side significantly longer than his right. The solution was relatively simple. Chavez excitedly calls in his brother to hear the good news, and tells him with delight that he can be fixed the way his brother the carpenter fixes uneven doors — with a shim. It’s such a human scene, and to sit there and listen through headphones, more than four decades later, was sort of incredible.

And then to think: Here is a man with such a sense of his own place in history, that as he lies in bed, unable to sit up, he has the presence of mind to turn on a tape recorder to preserve the historic examination by John F. Kennedy’s doctor.

Has anything the UFW gave us lasted?

The legacy of the union in the fields today is nil. But a generation of activists and organizers who grew up and learned to organize in the UFW took those lessons and applied them to fights for social change in workplaces, labor unions, schools, and environmental groups. You see the tactics Chavez used now in the immigration rights movement, for example.

Separating the legacy of the union from the legacy of the man, Chavez played a pivotal role as a de facto leader of the Chicano movement, and his importance in that respect still resonates and inspires. He showed that the most powerless people could achieve remarkable victories, developing a strategic model that has long-lasting consequences and relevance.
***
For more on The Crusades of Cesar Chavez, click here.

Jesse Nathan is an editor at McSweeney’s, and a poet. He lives in Bayview, in San Francisco.
Posted by Mollydee55 at 11:01 AM