Andi Callaway has dreamed of becoming a published author her entire life.

Ford Delaney has always wanted nothing more than to escape his past.

An opportunity of a lifetime. This is what Andi finds when she returns home to Callaway Cove on summer break. A chance to work for her literary idol Ford Delaney is up for grabs, and she’s willing to risk everything—her boyfriend, her best friends, and her education—to get it.

She’s positive this will be the key to reaching her dreams. But the moment she begins working for the reclusive author, Andi realizes there’s more to him than just a name. As attraction builds between Andi and Ford, she begins to discover consequences must come hand-in-hand with something great—which could loosen control over her tightly wound life. And once romantic sparks fly, Andi’s other relationships start to crumble, Ford’s fame comes back to haunt him, and the heat they generate will either forge a powerful, enduring love or threaten everything she holds dear.

“What kind of books do you want to write?” Ford asked, turning his attention back to his plate.

The question brought her back to reality. “Romance.”

At her narrowed eyes, he said, “I’m not judging. All writers, myself included, create whole worlds to give people a reprieve from their real lives. That’s what I do, too.”

Andi laughed but there was no joy in the sound. It was exactly how she felt about the kind of books she wanted to write and something Peter never understood.

Interestingly, Ford’s words meant he didn’t believe in real love—that he considered the beautifully written romantic plotlines in his own books ‘fairytales’. “I don’t buy it. You can’t write books like yours and not believe in love, at least to some extent.”

Ford’s mouth tightened. He ran a hand through his hair. “Why?”

“Because there’s hope in love.” She met his gaze. “And a world without hope is a sad one. If you truly feel what you say, you want to leave people with the feeling that good exists and that love, no matter how impossible, is possible. If love is such a lie, I can’t see you selling it like you do.”

Ford’s eyes flashed. “I believe people leave you when you need them most in life. I believe real love is something people tell themselves exists because it makes the world a better place to live in. When love fails, and it always does, people make excuses. He wasn’t the one. She was too critical, bossy, fat…whatever.”

Andi frowned. “So why write romance into your books at all? If you don’t buy into the notion it’s real?”

Ford smiled but his eyes softened, something sad lingering in his gaze. “Because there’s nothing wrong with giving false hope. Even if true love is a lie, it makes life easier to swallow. And that’s what’s important—finding a way to get through the rough parts. Love is the Achilles heel of man. It’s something we can’t help pursuing even if it ends in heartache, even if it is an endless pursuit of happiness. Shakespeare, Jane Austen—they got it.”

Andi sat in silence. The sadness in his eyes shot clear through her heart like an arrow, and her mind raced through his books, trying to piece together what she was missing, what piece of heartbreak had been embedded between the pages that explained the way he felt now.

“You think I’m wrong?” he asked, breaking through her thoughts.

She wanted to argue with him, to come up with a line that would disprove everything he had just said about love, but she had none, so she said what she felt instead. “I think a world without true love is a world without hope, one I don’t want to be a part of. So, I choose to believe, whether it’s real or not.”

She saw it. The flash in his eyes, a glimmer of something unexplained as his molten gaze met hers, pinning her to her seat. She caught her breath, unable to look away, the blood humming in her veins. In that moment, nothing and no one else existed. It was just him and her and the intimate conversation between them.

He placed his hand over hers and leaned into the table. “Andi?” he whispered.

Heart knocking against her ribs, her eyes flickered to his mouth and the hard contours of his jaw. He had shared so much of himself with her. This broken, brilliant man. Maybe all he needed was a little hope?

He reached out, cupping the side of her face. She’d never wanted anything as much as she wanted to kiss him in that moment. The warmth of his palm burned through her skin, and the feel of him exploded all thought, scattering it to the far corners of her mind. She curled her fingers around his and leaned closer. She could hear the soft sound of his breathing.

All she had to do was close her eyes. Move just a bit closer… 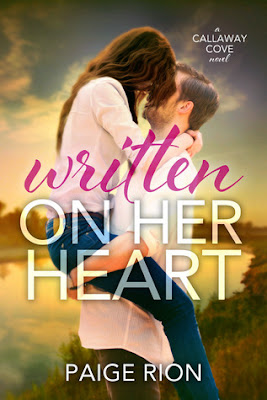 
Purchase Links: PROMO PRICE:  The book will be 99 cents for the blitz!

Paige Rion is a contemporary romance author. She’s a mother, wife, blogger, hopeless chocoholic, coffee-addicted, wine-lover. Her debut, novel—a new adult romance—Written On Her Heart, is the first in the Callaway Cove series. The next in the series is to be released this summer. She loves connecting with readers on her blog and social media. You can visit her website at http://paigerion.com/. 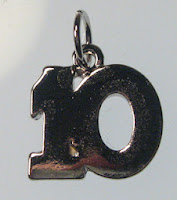 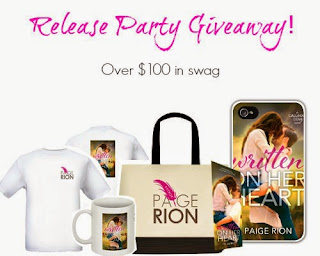 There is an awesome blitz-wide giveaway of the following (Open to US only):

3) An exclusive WOHH iPhone 4 case. A white mug with genuine Paige Rion signature. Signed bookmark and mini Paige Rion candy box. (If winner does not have an iPhone 4, they will receive prize 4 and another winner will be drawn).

GOOD LUCK TO EVERYONE!!