BOOK BLITZ - An Aria In Venice

**This novel is a standalone with no cliffhanger.**

His goal…One night with the ballerina.
Her goal…To beat the player at his game.
The outcome…Something completely unexpected.

Adriana Dostov pegged Luca Martuccio from day one: gorgeous, talented, arrogant, a man who has had difficulty committing to one woman in the past. He is known in fashion circles as the player with a scandalous history. So when the girls in her ballet troupe suggest she gives up her virginity to him, she doesn’t say no. But she’s not sure that a ‘yes’ is the right answer either. Yet, she can’t stop herself from making the offer…a one night stand in Venice.

Luca wanted fiesty little Adriana the moment they first met – and he fully intends to have her, hence why he’s agreed to accept her proposal. In the end, he’ll get what he wants. No commitment. All sex.

But, as Luca discovers, there’s more to the ballerina with the overbearing mother – and he can’t help but care about the frightened girl behind those sad eyes.

Adriana discovers Luca isn’t just walking sex on a stick – he has a wildly passionate side, a lost soul who has suffered just as much grief as her. And it could be, they’re exactly what the other one needs.

You must not eyeball another man.

You must not eyeball another man.

Nikolai is the goal, keep that in mind as you eyeball—no, that’s too nice of a description—as you eyestrip another man’s body. Too late. The drooling has begun. Maybe he’ll let me borrow that towel he’s wearing around his muscular torso to wipe it away.

Oh my God, get your mind out of the V-line ... no, I meant to say gutter. That’s what Mother always tells Alek, but somehow I think my brother’s mind has a permanent space inside the world of the wet and wild, along with Nikolai, although he tries to act like he’s the innocent one of the two. What neither of them knows is that I’ve heard all about the underground parties they throw at Nikolai’s place, and I don’t need to be experienced in sex to know all about the things they do, especially when my brother makes it a point to take Nadya along each time.

Speaking of my handsome bodyguard, he should be here at any moment, ready to pick me up and take me home. Always the faithful servant to Mother, and never a minute too late or early. My paranoid, and yes, overly protective brother wants me to be escorted everywhere these days. So when my mother’s driver, Hagar, isn’t available, Nikolai becomes the bodyguard. Checking out the designer guy, who has been acting like he’s not watching me ever since he strolled through the doorway, gives me an idea, and a grin spreads across my face. So Nikolai wants to ignore me and treat me like I’m still a little girl, huh? Then I’m going to give him a show he won’t soon forget.

“Luca, how’s it going?” I ask, reaching out my hand to him. Before answering my question, he takes my hand, shaking it, and glances up and down my body, a quick rake-over that kind of surprises me considering his reputation as a player. I’m not sure what I was expecting, but for him to quickly take my hand and then look away as though my skin is made out of fire really confuses me. And what’s with the flush in his face? I know he’s not blushing. I blink several times to make sure I’m not seeing things. I mean, I know the golden Gucci two piece I’m wearing gives J-Lo a run for her lack of a cover up, but still, this should be just the kind of thing he loves.

“The girl with an ocean inside her eyes,” he finally says, and right away, I feel like we’re back in familiar territory … one where the puppy uses his play on words to attract the kitty cat’s natural ability to be too curious. A flirtatious look crosses over the cautious one I just saw on his face, and he flashes one of those perfect smiles that highlight his dimples. Oh my! He has the hottest dimples and he knows I’m checking him out. I can tell by the way he not so innocently runs that tongue ring across his top lip as he smiles at me with his eyes. Distraction time. With a man like this one, you don’t ever let him know how much he affects you, and I’m failing at this thing.

Are you ready to take a ride on the red gondola? 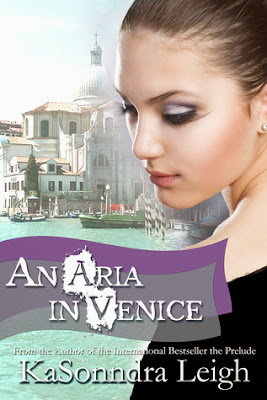 Author of the Lost Immortals Saga and the Seraphine Trilogy, I'm also a mother, blogger, reader, gardener, home renovator, and a slayer of Egyptian mummies in Tomb Raider. I believe in karma, coffee, and seriously wish that the producers of Xena would bring my favorite show ever back.

I was born in the race-car city of Charlotte, NC, and now live in the City of Alchemy and Medicine, NC, when I'm not hanging out in Bardonia (Lost Immortals). Most of my characters are based on people that I've met throughout my travels and adventures. People tend to stop and start conversations with me as if I've known them my entire life. Does this freak me out? Not really. My mom says that one day I'll get kidnapped by one of them. I told her that if it weren't for these lovely people then I wouldn't be able to create the stories that I do.

I have many favorite authors but there are some who truly rock my socks: Octavia Butler, Anne Rice, Kami Garcia, J.K. Rowling, Dean Koontz (on his good-book days), Stephen King (same as DK) Ann Radcliffe, Mary Shelley, Elizabeth Kostova, and so many more...

Some other common tidbits...hmm. I've watched the movie Under the Tuscan Sun almost 200 times. Seriously, the way I see it is if I keep watching it enough, then suddenly the house that Diane Lane lives in will magically appear in my backyard. I know. I have a huge imagination!

1) I’ve always considered myself to be a Goth girl. Do you want to see how bad my obsession truly is? Then head over to Pinterest and check out all of my fascinating black, white, and red pics galore.

2) I had a crush on Frodo in LOTR. What girl didn’t? Even if they won’t admit it. Dark hair, gorgeous blue eyes, bravery: what the heck is there not to like? Never mind that I probably tower over him. LoL

3) I have a cassette player in my truck. I specifically ordered it to when I bought it. Giving up my vintage Janet Jackson collection wasn’t an option. I still haven’t found some of her albums on mp3 yet. **sighs**

4) I talk to my flowers. Sometimes they answer me back. And then those answers become great stories for you all to read. My grandmother taught me all I needed to know about gardening. I miss her terribly.

5) I get sea sick on ferry boats. Riding across the way to see the Statue of Liberty with my best friend made me sick. I’m pretty sure that in a past life I was one of the people on the Titanic. I’ve never taken a cruise and probably won’t ever do it.

6) I chew my cuticles and the skin around my fingers when I’m writing. It’s a thinking process. I can’t help myself. I’ve tried everything to stop it. I even tried using that stuff that turns bitter when you taste it on your fingernails. Well, guess what? I started liking the way it tasted, so I stopped using it. I know…strange.

7) I generally tend to fall for the fictional bad boy instead of the good guy. That bad habit has probably carried over from some of my real life ordeals. Okay, so I love bad boys. That’s why I get so many emails from readers telling me how they feel conflicted about my characters. Some of them even say that they prefer the bad boy character more. This is a good thing. I’ve done my job well when something seems so real that people get so emotional. Better to have conflicted over cardboard character comments any day, right?

8) Physics was my favorite subject in high school. I didn’t care for English much at all. Horrors!

9) I’m a human phone book. I can remember phone numbers after seeing them once or twice. I remember all of my childhood numbers and even some of my friends I used to hang out with.

10) I have a Nook instead of a Kindle. I use my Galaxy Note for everything instead…don’t ask. LOL 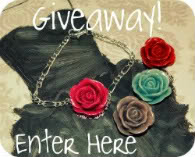 There are two giveaways for this book blitz.

The first one is a blitz-wide giveaway for a $25.00  Amazon gift card. Simply click the following link and enter! http://www.rafflecopter.com/rafl/display/d04251403/

The second is a host (that's me!) giveaway for an ebook copy of Prelude. Simply look to your right and find the rafflecopter form and then do what it says!