It is from books that wise people derive consolation in the troubles of life.
-Victor Hugo 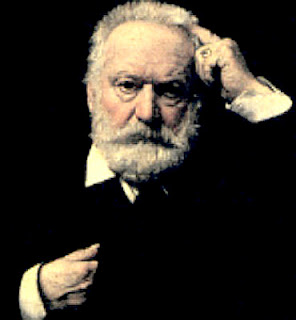 Pratchett’s 40th Discworld novel brings in one—or, as it turns out, two—intriguing new characters and introduces a radical new concept: the railway.

Young genius engineer Dick Simnel invents a steam locomotive he names Iron Girder. Waste management tycoon Sir Harry King immediately grasps the lucrative possibilities and invests part of his fortune in the railway. Ankh-Morpork’s Lord Vetinari intends for the city to keep control of the new enterprise and appoints con man–turned–civil servant Moist von Lipwig to keep an eye on matters. The railway proves wildly popular with the public. Unfortunately, dwarf fundamentalists opposed to fraternization with trolls or humans begin making terrorist attacks, murdering railway workers and setting fire to clacks communications towers. The terrorists eventually overthrow the legitimate dwarf government in Uberwald while the dwarf Low King is more than 1,000 miles away. Only by means of the railway, declares Lord Vetinari, can Low King Rhys return to Uberwald in time to foil the plotters. But Uberwald, haunted by vampires and werewolves, may be approached only across high plains covered with stumbleweed (“like tumbleweed, but less athletic”). And, Moist protests, the railway isn’t finished. Somehow, Vetinari explains kindly, Moist better find a way to finish it if he wants his head to remain attached to his neck. Young Dick, meanwhile, entertains a most peculiar notion: that Iron Girder is female and sentient. And after witnessing the locomotive deal with a misguided dwarf’s attempted sabotage, Moist is inclined to agree with him. In recent years, Discworld humor has become implicit (check out the hilarious names of Uberworld towns, for example) rather than explicit, while continuing to explore serious themes with impeccable Discworld logic, and the trend continues here.

Brimming with Pratchett’s trademark wit, a yarn with a serious point made with style and elegance. 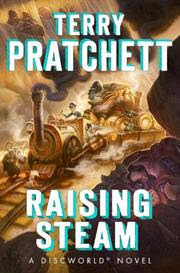 All 339 Books Referenced in 'Gilmore Girls'


*Blogger's note: Coincidences are funny. I just did a blog post on books mentioned in cartoons and now I see this list today. Book permeate our society. Ain't it great?
Posted by Mollydee55 at 3:01 AM