Matt is heading into his senior year of high school and has the world at his feet.

School comes easy for him. He’s the lead guitar player in a hard rock band, about to embark on their first gig. He has a job he likes, a car he doesn’t, a best friend he hopes to be friendlier with, and a pretty good set of parents. He has it all.

His dad suddenly begins acting strange and keeping odd hours. Matt has his own life to live, though, and doesn’t pay it much attention. Until he wakes up one morning to find his dad gone, leaving behind only a short note to his mother, setting into motion a chain of events that sends Matt down a dangerous path that could jeopardize his present as well as his future. Forced to quit a job he likes, he must take on a new job to help his mother out financially, but one that also eats into his ever important social life as well as school. Adding to his troubles, his best friend, Dawn, has a new boyfriend.

I was seventeen years old when I played my first gig.

Thinking back, it really wasn’t that big a deal in the grand, macro scheme of things. It didn’t change my life nor did it lead to a record deal, followed quickly by fortune and glory. Women didn’t throw themselves at me or scream and cry when they saw me, like the girls in the old footage of The Beatles early shows. I played lead guitar in an 80’s hard rock band. We did get a fairly decent sized following around Columbia, SC, but a few years into our music career the bottom fell out of that type of music. Thanks in equal parts to fluffy ‘metal’ bands all over the airwaves and a few groups from Seattle that took the nation by storm. So, yeah, that first gig wasn’t that big a deal.

But at the time? It was the greatest moment of my young life.

The night before the show I didn’t sleep that well. I was way too excited to be bothered by any of those little slices of death, to paraphrase Poe. Don’t get me wrong, I tried to sleep, I really did. But each time sleep started to overtake me, my overactive mind kicked slumber to the curb and whirled with a thousand possibilities, all of them bad.

I only had one guitar, so what if I broke a string during a song? What if my voice went out? What if I forgot how to play the songs or messed up during the guitar solos? What if my dream girl didn’t show up? What if, what if, what if?

Then I would nod off for a few minutes and then wake up again and the cycle would continue.

Frustrated, I kicked the covers off and slipped out of bed. I thought about going for a swim—nothing quite like a middle of the night dip in the pool—and then decided against it. There would be dead bugs in the pool, possibly big ass palmetto bugs (my current Biggest Fear for some reason), and we didn’t have enough light in the backyard to properly scoop out all the detritus. So that was out. I decided to get a pop out of the refrigerator and think about my predicament.

I stepped quietly out of my room into the darkened hallway and tripped over my dog, who was asleep on his side outside my parents’s bedroom door. The big dog yelped and tried to jump up as I stumbled across his previously prone form. I cussed, regained my balance, and then he got his legs tangled in mine, and we both went down with a crash, a jumble of arms and legs and fur.

“Bo, shut up,” Dad’s groggy voice bellowed from behind the door.

I started to push myself up but Bo threw himself on top of me and shoved me back to the floor. He licked me.

“Get off me, you big moose,” I said and pushed his head away. He lurched forward and got in one more slobbery dog kiss—his impeccabley aimed tongue lapping my mouth—and then he was gone. I wiped his slobber from my face and swiped my hand on the carpet. “Gross, dog.”

He chuffed at me and then lay back down in front of Mom and Dad’s closed door. I shook my head, got up, and went to the kitchen. I squinted my eyes against the glare of the refrigerator light, grabbed a can of pop, and plopped down at the kitchen table. I popped the top as quietly as I could and took a big gulp. Then another. And one more for good measure.

I sat in the dark and drank and did my best to quiet my mind.

It didn’t really work all that well. I was nervous as hell, but at the same time I was as excited as a kid on Christmas Eve. I finished my drink, got up, and tossed the can in the trash. I thought about that swim again and immediately put it out of my mind. The last thing in the world I needed was a dead palmetto bug bumping up against me in the water. I shivered in disgust at the thought.

I went back to my room and, after closing the door behind me, flipped the light on. I took my guitar off its stand and sat down on my bed. If I couldn’t sleep, I might as well get a little extra practice in. Just a quick run through of the songs we would be playing the next night. I took a deep breath, played a few scales to limber up my fingers, and stopped. I couldn’t remember how to play the song we’d be opening with. Hell, I couldn’t even remember the name.

“Shit,” I muttered. I sat there with my guitar resting across one leg and stared at my closet door, but the set list didn’t magically appear on the wood in blazing letters from the heavens.

“Come on, dumb ass,” I said. I thought about calling the singer but I didn’t think his parents would appreciate a phone call at three in the morning from some dipshit kid panicking over a song title. Why didn’t I write the damned songs down and toss the paper in my guitar case? Why was I such an idiot?

And then it came to me.

“Stagefright,” I said and felt relief flood through me. I shook my head and noticed for the first time that I was sweating. I chuckled. “Flop sweat.”

I did a speed run through the first few songs of the set and figured that was enough. If I didn’t get some sleep I would be pretty useless the next night. I put my guitar away and stretched out on my back and stared at the ceiling.

I ran the set list over and over again in my head and finally fell asleep.

I dreamed of a swimming pool full of palmetto bugs and not being able to scoop them all out. Weird and disgusting.

I woke the next morning just before noon and had some leftover pizza for breakfast. I went outside into the bright heat of the day and glanced at the pool. Nope. Not full of those damnable little insects. Not even one.

I kicked around the house the rest of the day, not really paying any attention to what I was doing. It just wasn’t that important. Finally it was time to get ready for the gig, so I showered, blew dry my hair, and got dressed.

I grabbed my guitar case, told my parents goodbye, and went out to my car. I put the case in the back seat, climbed behind the steering wheel, and prayed it would start. I turned the key and prayed again. It would be just my luck that on the most important day of my life the piece of- - -

It started on the first try. Hallelujah.

I checked my hair in the rearview mirror—I wore it more Iron Maiden, than Poison—and, satisfied, backed out of the driveway.

I popped a tape into the tape deck and drove to the gig, a big dopey grin plastered to my face. 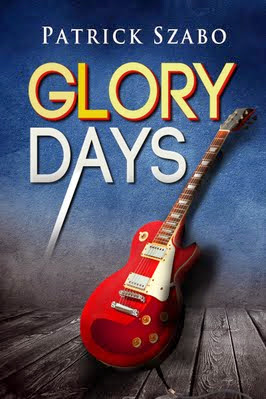 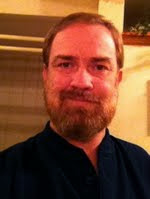 To win an ebook copy of Glory Days, simply click on the following link: http://www.rafflecopter.com/rafl/share-code/NDA4MjY0MDFhMDY3NGJmNzk2NDA5M2VhM2I4M2I2OjIzNw==/