(from npr.org
from Roy Peter Clark)


It amazes me that those of us who bridle at advice from people we know — parents, spouses, neighbors — crave it from those strangers we call authors. Stand in front of any magazine rack and gaze upon the endless lists of promises on the covers: advice on how to publish your first novel, lose weight, or put that spark back into your love life. Think of that corner in the bookstore devoted to "Self-improvement." Books with "how to" in the title — including my latest effort — number in the thousands.

Here are three astonishing examples of the advice genre, books so different in form and content that I doubt they would gravitate to any other shelf but my own — and now maybe yours. 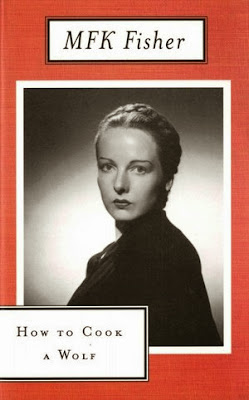 First published in 1942 — when war rationing was at its most severe — Fisher's book advises families on how to eat well using limited and available ingredients. It was an act of solidarity with the war effort, whose ultimate goal was to cook the wolf — the Nazi menace. Fisher, a favorite of Hemingway and Auden, was never really writing about food, even when delivering recipes for onion soup or gazpacho. Her topics were always life, culture, family, community, appetite and, in this instance, the consequences of war. A woman who understood the soul of gourmet cooking could advise hungry families on how to borrow 50 cents. 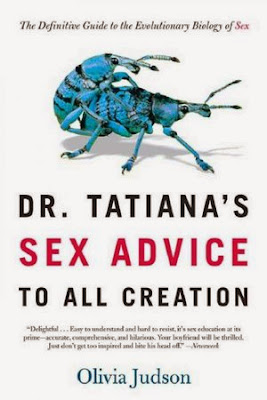 What M.F.K. Fisher was to food, Olivia Judson is to evolutionary biology and — God bless her — sex. Under the persona of sex therapist Dr. Tatiana, this British scholar and author offers guidance to the frogs, worms and bugs who write in to her. One tortured organism signs herself "Sick of Sex in India," a stick insect named Twiggy who complains that she and her mate "have been copulating for ten weeks already." The good doctor is sympathetic: "Ten weeks! I can see why you've had enough ... Who'd have thought a stick insect would be among the world's most tireless lovers." It's a great gimmick: anthropomorphizing lower-order creatures to tease our interest, and for what? To teach us the endlessly fascinating workings of evolutionary biology. Darwinian devilry! 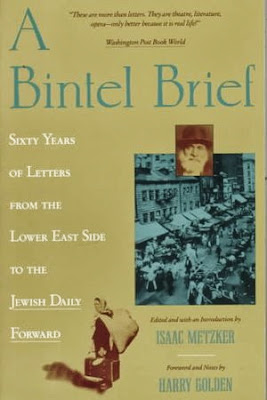 The Bintel Brief
Sixty Years of Letters from the Lower East Side to the Jewish Daily Forward
by Isaac Metzker•
Paperback, 214 pages

A "bintel brief" — Yiddish for "a bundle of letters" — was the name given to the practical and generous advice delivered early in the 20th century by famed author and editor Abraham Cahan. For more than 60 years on the Lower East Side of New York, readers of the Jewish Daily Forward, most of them recent European immigrants, sent letters to the newspaper about their problems adjusting to life in the New World. The letters themselves are astonishing in their passionate variety, surfacing problems as diverse as poverty, religion, money and inter-marriage. One woman is so poor she considers giving her three children away. To which Cahan responds: "What kind of society are we living in that forces a mother to such desperate straits that there is no other way out than to sell her three children for a piece of bread?" He then reaches out to friends and readers to help the woman remain a mother to her children.
Posted by Mollydee55 at 10:59 PM