Book Talk: Roddy Doyle on Music and Language in 'The Guts'

(from yahoo.com
Reuters
by Patricia Reaney) 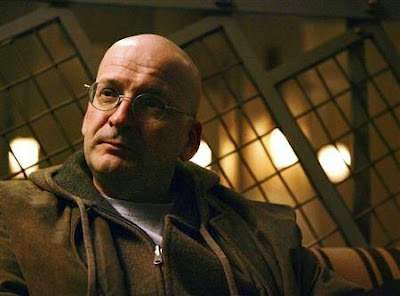 Award-winning Irish author Roddy Doyle brings a few of his earliest characters back in his latest book, "The Guts", an achingly funny novel about some of life's more serious issues.

Doyle is on his familiar Dublin turf in the book about Jimmy Rabbitte, the former manager of an Irish soul band who appeared in his first book "The Commitments" in 1987.

His first novel was the start of The Barrytown Trilogy, which included "The Snapper" and "The Van", all of which were made into films. "The Commitments" has also been adapted for the stage and opened in London in October.

In "The Guts" Rabitte is a middle-aged married father of four diagnosed with bowel cancer. He grapples with his illness, reunites with two old band members and deals with his teenage children, his struggling music business and his own mortality.

Like his other books, most of "The Guts" is told through salty dialogue, with Doyle perfectly capturing the accent.

"The language of Dublin is ripe with profanity," he said.

The former secondary school teacher who won the Booker Prize in 1993 for "Paddy Clarke Ha Ha Ha," spoke to Reuters about writing novels, middle age and returning to old friends.

Q: What made you decide to write books?

A: It is not uncommon for teachers to be writers as well. When I finished college and started teaching in 1979/80 in the back of my mind I was thinking I had done a little bit of writing in college but I had never written fiction. I thought I read a lot of fiction and I would love to have a bash and see if I can do it.

Q: Jimmy Rabbitte first appeared in "The Commitments". Why did you bring him back in "The Guts"?

A: I have 10 novels finished now and only one of them stands alone, the one that won the Booker Prize "Paddy Clark, Ha, Ha, Ha". It's the only character I've never gone back to ... I was writing about these things (people dying, children growing up) and I hadn't really thought of a novel but then I thought with the combination of things (I was experiencing) I should go back to a character I already know, rather than to invent a new one, and to see how he is really.

Q: When you decided to use Jimmy Rabbitte did you also plan to bring back other characters from "The Commitments"?

A: I knew I wouldn't bring them all back. It was never going to be "The Commitments" reformed. That's an atrocious idea. Running side-by-side with this was a project, a musical that opened last September in London based on "The Commitments".

Q: There is very little description in the book. Most of the story is told through dialogue. It's a distinctive style. How did you develop it?

A: Something clicked quite early on, and I started concentrating on the dialogue and making sure that the strength of the characters was in what they said, or didn't say. The initial nudge in that direction probably came from my teaching experience. ... For me the challenge became building up the characters by their accents, or trying to achieve their accents.

Q: Jimmy is a music fanatic and always has been. Is there a lot of you written into the character?

A: Not a lot. I love music, but I am not involved in the industry at all. When I say I love music, I played a bit when I was shaving this morning. I know my stuff and I do listen a lot and I read a lot about music, but I am not as fanatical or as driven as Jimmy would be. The one thing that I did use (in the book) from my own life was that I started doing trumpet lessons.

Q: You deal with serious subjects such as cancer, the economic recession, and the Irish economy and the impact they have on the characters' lives but in a very humorous way.

A: I think essentially I see the world as comic in a way. I see it as confronting the world more than anything else. And I would like to think that if I ever did have cancer I would obviously take it very seriously. But one of the ways I would do that, particularly in terms of my relations with other people, is to make light of it.

Q: Why are so many of your books about working class Dubliners?

A: In terms of the words and the language, it's home. I feel at home. The stories are in a way universal, I suppose, but when I have a character open up his or her mouth I feel like I know what they are saying, what they are wanting to say.

(Editing by Eric Kelsey and Stephen Powell)
Posted by Mollydee55 at 5:22 AM