(from csmonitor.com
by Monitor staff) 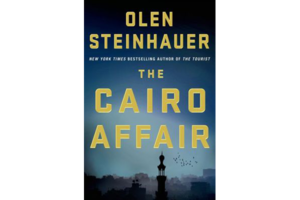 1. "The Cairo Affair," by Olen Steinhauer

The Cairo Affair refers to a liaison that once took place between a diplomat's wife and a CIA man. When the diplomat dies – just after confronting his wife about her infidelity – his widow returns to post-Mubarak Egypt and enlists her former lover in an attempt to make sense out of her husband's death. This stand-alone thriller by Steinhauer – author of a highly acclaimed trilogy starring reluctant spy Milo Weaver – takes readers from Budapest to North Africa even as it entangles them in an intelligent plot that will keep them guessing.

Check out a sample from the audiobook. 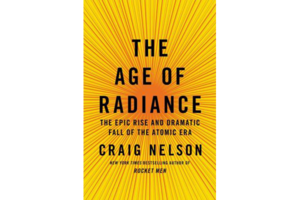 2. "The Age of Radiance," by Craig Nelson

From Wilhelm Röntgen's 1895 discovery of x-rays to the aftermath of the Fukushima meltdown, award-winning author Craig Nelson ("Rocket Men" and "The First Heroes") offers a clear, colorful history of the atomic age. Nelson presents the movers and shakers of the era – everyone from Marie and Pierre Curie and Robert Oppenheimer to Franklin Roosevelt and Ronald Reagan – even as he explains the process of unlocking the secrets of the atom and what that has meant to our lives. 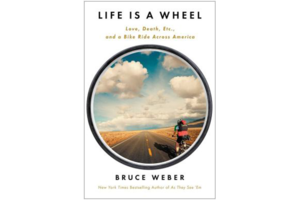 In 1993, New York Times writer Bruce Weber rode his bike from California to New York, chronicling his trip as he went. Now, at the age of 57 – older and wiser – Weber repeats the feat, musing as he goes on the larger journey of life itself. Weber's trip – and his thoughts – are distilled into a read that is both entertaining and thoughtful. 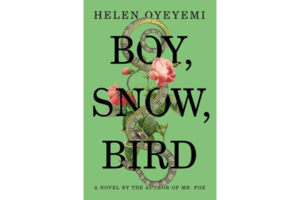 British novelist Helen Oyeyemi ("Mr. Fox") enchants with her retelling of the Snow White story, this time set in 1950s New England. Questions of race and identity are woven throughout the novel, but in the end it's the beauty of Oyeyemi's language and the subtle intelligence of her characters that will keep readers turning pages. 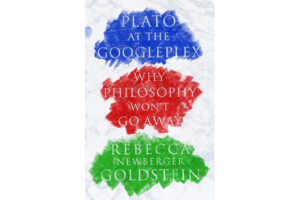 5. "Plato at the Googleplex," by Rebecca Goldstein

Acclaimed philosopher/biographer/novelist Rebecca Goldstein boldly inserts Plato into the present. She puts the Western world's greatest thinker on a panel at the 92nd Street Y, adds his two cents to an advice column full of romantic quandaries, gives him a guest appearance on a cable news program, and, yes, deposits him at Google’s storied corporate center. Plato uses these contemporary settings to opine on topics from childrearing to politics to love (platonic and otherwise) to biological determinism. Monitor reviewer Elizabeth Toohey calls this an "oddly appealing" book that makes a "compelling case." 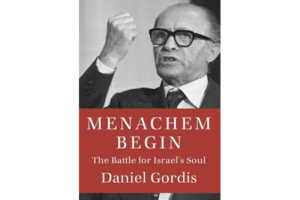 Menachem Begin – the Israeli Prime Minister who welcomed Anwar Sadat to Israel – went on to become the first Israeli to win the Nobel Peace Prize. From Begin's birth in Poland and his roots in the Free Polish Army to his final years spent in virtual seclusion, American-born award-winning author Daniel Gordis follows the story of this controversial Israeli leader. This is a solid work, that insightfully considers Begin's personal characteristics, even as it provides context on his place in history. 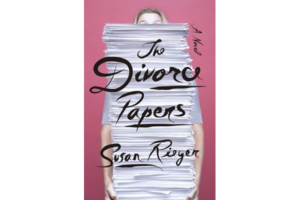 7. "The Divorce Papers," by Susan Rieger

Prepare to be thoroughly entertained by this clever debut novel, told entirely through letters, e-mails, and legal documents. Criminal attorney Sophie Diehl is accustomed to representing defendants already behind bars but suddenly finds herself drawn into the nasty divorce case of the daughter of an important client. Rieger, who is a Columbia Law School grad herself, uses office politics and legal clashes to brilliant and scathingly funny effect. Think "The Good Wife" but funnier and, in the end, more poignant. 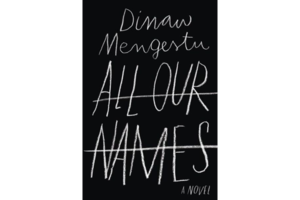 8. "All Our Names," by Dinaw Mengestu

Dinaw Mengestu (an Ethopian-born writer now living in the US and one of the writers selected as one of the New Yorker's "20 Under 40" writers in 2010) creates the moving, perceptive story of an African immigrant, told from two points of view. One narrator is Daniel, who knew Isaac as a young revolutionary living in "the Capital" – an unnamed African city set in or around Uganda. The other narrator is Helen, a social worker living in the US Midwest, who meets a man called Isaac, now living as an exchange student, and cannot help being drawn to him as a human being. What is justice? What is truth? What is real? Mengestu sets these larger questions against the backdrop of a powerfully personal story. 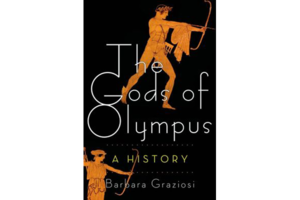 9. "The Gods of Olympus," by Barbara Graziosi

What do the Greek gods tell us about humanity itself? Classics professor Barbara Graziosi hints at an answer in her entertaining history of the gods of Olympus, tracing their mystique up through the ages. Why do are they still an important part of cultural conversation? Reading Graziosi's book offers intelligent insight into their enduring appeal. 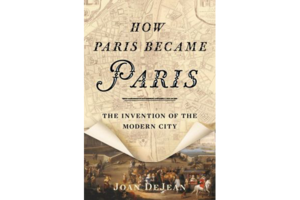 Joan DeJean, a professor of romance languages at the University of Pennsylvania, reaches back to the 17th-century to discover the roots of today's Paris. From a 1690 shopping guide to the creation of the Place des Vogues from a silk factory, DeJean garnishes her account with full color and detail. DeJean's informed enthusiasm for Paris, plus a lovely collection of illustrations, make this history of the "city of light" (and DeJean offers a very practical explanation for this nickname) a delight.
Posted by Mollydee55 at 7:50 AM