Remember Mammy? 'Gone With the Wind' Prequel to Focus on Her 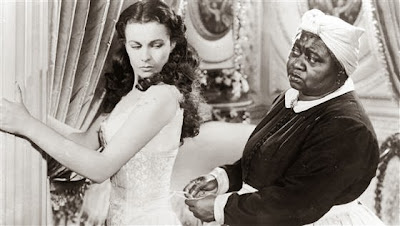 Decades after the publication of "Gone With the Wind," Mammy is finally getting a back story.

"Ruth's Journey" will track Scarlett O'Hara's no-nonsense servant's life from her arrival in Georgia in the early 19th century.

In 1939, Mammy was immortalized on film by Hattie McDaniel, who became the first black performer to win an Academy Award. Mitchell's novel was often criticized for romanticizing antebellum life and for its one-dimensional portraits of blacks.
Posted by Mollydee55 at 3:35 AM