I love books. I love that moment when you open one and sink into it. You can escape from the world into a story that's way more interesting than yours will ever be. 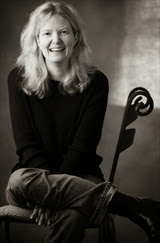 THE RISE
Creativity, the Gift of Failure, and the Search for Mastery
by Sarah Lewis

In her nonfiction debut, curator and arts consultant Lewis (Painting and Printmaking/Yale Univ.) takes on the broad topic of creativity.

Ranging across an expansive historical landscape, the author considers artists, scientists, writers, entrepreneurs and even an intrepid explorer, investigating the sources of their creativity. Serendipity, failure, daring and grit, she discovers, can all lead to innovation. Often, silence and space offer essential “safe havens” where a person can be alone to ruminate. Although failure can be terminally discouraging, for some, it is liberating. After a spectacular critical failure in 1957, choreographer Paul Taylor ignored negative reviews and, he said, committed himself to “keep heading in my own direction.” He triumphed and eventually won a MacArthur Genius award. “We make discoveries, breakthroughs, and inventions in part because we are free enough to take risks,” Lewis writes. Freedom to take risks, however, also requires persistence to achieve one’s goals. Samuel Morse abandoned his grandiose dream of being an artist and turned to electrical telegraphy. He kept at his experiments for nearly two decades until he finally succeeded in transmitting a message. Lewis identifies Morse’s persistence as “grit.” However, as a psychological researcher told the author, grit requires avoiding just spinning one’s wheels: “Whatever you’re doing, you have to figure out when to give out effort and when to withdraw it.” Related to grit is the quality of surrender: “We surrender not when we give up,” she explains, “but when we give over.” The power that comes from surrender is “a supportive, benevolent current.” Lewis praises the discoveries made by amateurs, those who defy the judgment of peers, and those who set out on untrammeled paths, “seeking out roads that, though hidden, are found on open ground.”

Creativity, like genius, is inexplicable, but Lewis’ synthesis of history, biography and psychological research offers a thoughtful response to the question of how new ideas happen. 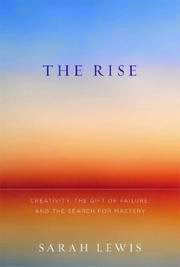