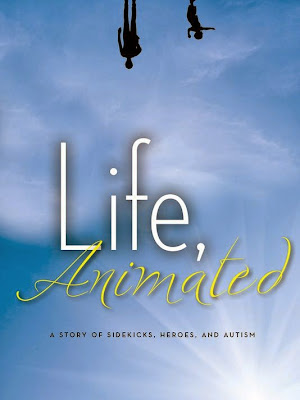 Owen Suskind was a typical toddler until age 3, when his developing language and social skills vanished. He was diagnosed with regressive autism.

Gradually Owen became fascinated by Disney movies, watching and re-watching them endlessly. One day, at his brother Walter's 9th birthday party, Walter became a bit teary. "Walter doesn't want to grow up, like Mowgli or Peter Pan," said Owen. Comparing his brother to Disney characters was the most sophisticated thing Owen, then 6, had uttered in years.

Suskind and his wife, Cornelia, began to encourage Owen's Disney passion. Owen, now 23, used Disney characters and stories to relate to real-world situations. He recovered his lost language. And by finding other autistic kids with Disney affinities, his social isolation eased. The Suskinds have been contacted by researchers from around the world, and they believe their story offers hope.

Mary Andrianopoulos, who teaches at the University of Massachusetts at Amherst's School of Public Health, has a federal grant to improve communication skills in autistic children. She's been following the Suskinds' story and says their approach makes sense: "to figure out what attracts a child and build on that child's strengths." She cautions that it's not as simple as "just putting a child in front of a Disney video and that's the treatment," but says if a child "is learning communication skills and how to express certain feelings through the characters, and has a repertoire of language learned from these movies," then those strengths can be channeled into functional skills "so they can get jobs, have friends, live independently."

The Suskinds spoke to The Associated Press about Owen's journey by phone from their home in Cambridge, Mass.

AP: Is Owen's passion for Disney different from other things people with autism are fascinated by — whether train schedules or puzzles? And why does it matter in the long run? What's the end game?

RON: The view has long been that while you and I are permitted to have a deep passion for something, a person on the autism spectrum is not, because they focus on that to the exclusion of so much else. It's seen as something they should be weaned away from because it's not productive or not what typical kids do. ... Eventually we began to see this wasn't trapping Owen. It was a pathway for him to get to a more diverse and engaged life.

CORNELIA: All of these kids do have obsessions and affinities. The difference is, we used his affinity as a tool, to not only reach him by singing songs, watching movies together, playing with characters and being the characters, but then we took it further and started to use it to help him with academics and social growth.

The best hope we have with these guys is to really tap into what motivates them. It makes for better familial situations and job possibilities. I honestly think it's the answer to everything.

AP: Disney is sometimes criticized for commercializing and homogenizing children's entertainment. Disney is publicizing your book and Kingswell, a Disney imprint, is publishing it. Does your book promote Disney?

RON: The book is not in any way pro-Disney. It's not anti-Disney. It's just pro-fact. We understand the distaste people have for the power of Disney and the brainwashing. There were times when I said, "If I watch Peter Pan one more time, I'm going to take a sword and plunge it into my chest." But over time we began to see it was the only way to connect with our child. And the reason I went to this publishing unit of Disney was when I talked to my agent, he said, "Every word your child speaks is licensed by a multinational company." We'd have to pay licensing fees for every lyric or line of dialogue. I had to go to Disney.

AP: Disney cartoons are often so visually expressive that you can follow the story with the sound turned off. What else makes the films compelling to people who have trouble processing speech or emotions?

RON: These movies have powerful themes going back to the Brothers Grimm and thousand-year-old myths. But it wasn't until the arrival of the VCR for domestic use that kids like Owen could rewind and hyper-systemize to learn, at their own pace, from these emotionally rich narratives the things that they couldn't get from human interactions.

Owen used the movies to understand himself and his place in the world. He viewed himself as a sidekick. He told us, "A sidekick helps the hero fulfill his destiny." These are very deep ideas. He would give sidekick identities to other kids at school and say, "I am the protector of sidekicks. No sidekicks left behind."

RON: There are certain songs that were big ones. Some he would listen to every morning to prepare him for his day. "A Whole New World" from "Aladdin" seemed to ground and center him as he walked into a world that seemed new to him every day.
Posted by Mollydee55 at 11:19 PM