Human beings need stories, and we're looking for them in all kinds of places; whether it's television, whether it's comic books or movies, radio plays, whatever form, people are hungry for stories.
-Paul Auster 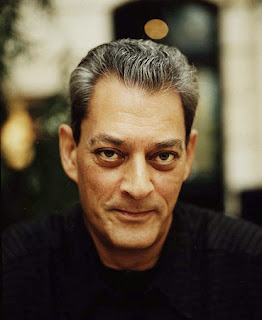 CULTURE AND THE DEATH OF GOD
by Terry Eagleton

"Atheism is by no means as easy as it looks," insists prolific author Eagleton (Literature/Univ. of Lancaster; Across the Pond: An Englishman's View of America, 2013, etc.).

Since the Enlightenment, philosophers have attempted to displace the perceived superstitions of religion as a basis for Western civilization and to replace them with secular reason, with limited success. In this rich, complex work, the author traces the course of this intellectual quest from 18th-century Germany through the Romantics and the writings of Matthew Arnold and Friedrich Nietzsche, who famously proclaimed the death of God, into a postmodern era of extreme relativism. One recurring problem has been the difficulty of translating academic theory into a viable popular culture, or as Eagleton puts it, "[n]o symbolic form in history has matched religion's ability to link the most exalted of truths to the daily existence of countless men and women." Consequently, "[r]eason must stoop to myth and image if it is to address the masses, but how is this not to be the ruin of it?" Another problem is the tendency of attempted surrogates for religion, such as nationalism, to take on mystical attributes, rites, saints and martyrs, indistinguishable from the characteristics of religion itself—the Almighty manages to return by the back door. Eagleton deftly explores the shifting relationships among reason, religion, culture, myth, art, tragedy and the modern sensibility of the absurd, all expressed with a dry wit and provocative epigrams. The book, however, is neither intended nor recommended for general readers. This wealth of content can only be contained in a slender volume by assuming that readers are already familiar with philosophers from Kant to Kierkegaard; without this background, it will prove slow going, though still rewarding.

Now that the West is colliding with a resurgent Islam for which God is very much alive, Eagleton’s insights are particularly timely. 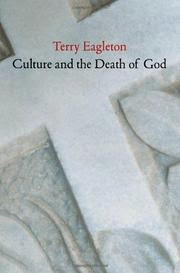 19 True Struggles Of Being Addicted to YA Books As An Adult
Posted by Mollydee55 at 5:02 AM