I am so happy today to introduce author Tony Talbot. I met Tony very recently after winning a copy of his book Medusa on booklikes.com.  Tony was nice enough to accept my invitation to come on my blog and do a guest post and it is a good one! At the end of the post you will find Tony's bio and information as well as a giveaway that he was nice enough to offer. So strap yourself in and take a read!


Guest Post: Why I went Indie by Tony Talbot

Believe it or not, way back in the mists of time (I'm talking pre-2009), there was a mark of shame upon certain writers.

This mark meant they wandered the literary world, lost and forgotten, their voices echoing, unheard. They were The Unworthy, the ones who failed the climb The Five Steps of Publishing. Instead, they toiled in the mines and the valleys and could only look at the shining lights on the summits, dreaming and writing their dreams.

They were The Self-Published.

They all dreamed of one thing, these lost men and women. They dreamed that one day they would find themselves the most precious gifts of all - an agent and a publisher - and their voices would be heard across the world.

Those on the mountains scorned those below. Not good enough, they would shout, loud enough to be heard in the valleys and the mines. The insults would fly from the hills: Self-published! Vanity Press! Might as well throw your money away! No one wants to read what you've written! Not for us!

The music makers and the dreamers of dreams below would tell themselves anyway that they were good, they were worthy, that one day They Would Find an Agent, that someday their voices would be heard.

The men and women of the valleys slowly stormed the hillside Palaces of The Agents, broke down the Gates of The Publishers and simply rolled over them. No longer would they be needed.

The Lost had found the power of digital light in their hands, and the light was good, the light was powerful. The light had set them free.

For a while, I think I was getting there. I jumped through all the hoops the agents wanted, some of them incredibly restrictive: Submit only one story at once, double spaced, one sided, loose leaf, first three chapters only. We do not accept emails. (Seriously. What century were these people in?).

I got a few interesting replies, but if an agent looks at an extract and thinks it won't sell a million copies, they aren't interested, and they weren't. Fair enough, they have mortgages to pay like the rest of us, but what that lead to was a blinkered vision of what they wanted.
You have a short story of 3000 words? Forget it.

Book of Poems? Hold the phone away from your ear until I stop laughing.

Want to publish your book on the 19th century sewage system of Vienna? No chance.

And it was a stigma, that's what the writing magazines and books called it, a mark on your failings as a writer and human being if you couldn't get an agent and had to...(rinses out mouth)...self-publish.

It was a dark time for the rebellion.

It took me a while to realise I didn't need an agent. I'd already written two books and was starting a third when I read a magazine article about electronic self-publishing. That was when I decided to join the revolution and storm the gates. (This same magazine was one of those who looked down upon the self-published as the lowest of the low - I picked it up again recently, and how their tune has changed!)

I self-published my first short story on Amazon - The Trunk - on Christmas Day, 2010. Mainly because my mother-in-law had received a Kindle for Christmas and I wanted to see if I could send her the story, and it seemed a good place to start, with something small like that.

Something small. The Trunk is a VERY short story - about 2000 words - about a small boy who hides from the Holocaust. No conventional publisher would ever have touched it; there would be no profit in printing something that short.

I've made about $40 from sales of The Trunk, but more importantly to me, there hasn't been more than two months when I haven't sold at least a copy. I was as pleased to sell one a month as when I sold twenty.

Even more important to me, I've had reviewers comment that it made them cry. My writing is out there, it's in the world and making people cry, it's making them think. I'm pretty proud of that and not ashamed to say it.

The Agents told me I was not good enough, that self-publishers were the lowest of the low, with no talent and no voice. The people who matter - the readers - tell me the opposite, again and again.

Yes, I stormed The Palace of The Agents. I screamed with the rest of The Lost that we are good enough; we will be heard across the world.

I'm proud to be self-published. Hear me roar.


Thank you so much Tony that was fabulous. Very enlightening. The people that frequent my blog know that I am all about the independent author and the self published authors so I am happy it worked out well for you. Again thank you for your insight into this area of publishing and books. 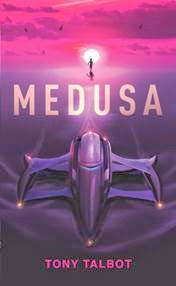 Tony Talbot started writing short stories in 2008, after a dream he had and couldn't shake; Finally his wife told him to write it down or stop talking about it.

He wrote his first Young Adult novel, Over the Mountain, in 2008, and has completed several others and a growing raft of short stories since.

He lives in a village in Leicestershire, UK, with an American wife he met online and a teenage cockatiel. As well as writing, he enjoys reading, playing on the Wii-U and not getting enough exercise. 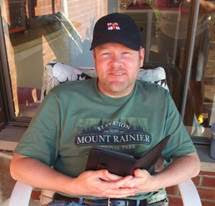 Tony has been nice enough to offer up ten ebook copies of his book Medusa for a giveaway. Simply look to your right and look for the rafflecopter form and enter!


I want to thank Tony for being here on my blog and writing such a wonderful post. I also want to thank him for providing the generous amount of copies of his book for the giveaway. I cannot wait to read his book and review it. I hope everyone likes his post as much as I did and I hope to have him back soon for an interview. Thank you again Tony.