When fate forced Hannah Sorrento to take on the management of indie rockers, Storm, she managed to survive but, when she found out she'd been played by their mercurial front man, Jack Colt, the betrayal hit her hard.

She flees to Tokyo, where her father orchestrates a deal to save their collapsed financial empire. A deal that involves a gorgeous millionaire.

Tamaki is everything Jack isn't and, with their similar backgrounds, he and Hannah form a bond. He offers her safety and security as well as a return to her luxurious lifestyle. But the passion Jack arouses in Hannah won't be denied.

In the second Bad Boy Rock Star book, Rock Star vs Millionaire, can Hannah forgive Jack or will she take the sanctuary Tamaki offers?

Jack was in the kitchen, making breakfast. How could a man look so good first thing in the morning? With his tussled hair and baggy pj bottoms… and I didn't even want to think about his arms in that tank top. That curve from his shoulders down his arm. A classically trained ballerina could not move as gracefully as that curve in his muscle as he . If I thought too hard about it, the only decision left in this world would be whether I wanted to trace that indent with my finger tip or my tongue.

I jumped, hoping he couldn't read my thoughts.

I sat at the kitchen bench with my gaze fixed firmly on my hands.

I hadn't really thought about it.

"I guess I should start looking for a place to live."

"You can stay here as long as you like, you know. It's okay." He grinned at me. I'd add that to my collection of the other four or five genuine Jack Colt smiles I'd got in this life.

"With you sleeping on the couch, I don't think so."

The words hung in the air. Emotions flitting over both our faces, words we didn't want to put out there. Jack didn't have to sleep on the couch. I had taken over his bed and that bed had a huge Jack Colt-shaped emptiness that had haunted my dreams.

He squeezed by me to get cups out of the cupboard. In the small kitchen space, I couldn't help but be aware of his physical closeness, the feeling of his body almost brushing against mine and the smell of his skin that even the fresh coffee couldn't hide. I wanted to press against him and feel his heat. I wanted him to be mine to touch and caress but he wasn't. Too many questions hung over us. He'd told me that he wanted me, he wanted to be with me but I still had no idea if I could trust him.

I moved to sit on the sofa, putting some space between us.

Maybe I should just ask, I thought. Bring it all out into the open. Tell him how I felt, my fears and worries. Let him know what was holding me back. But the words didn't exist in me. This wasn't some talk show. We were real people and real people didn't let it all out. They held it deep inside, hugging it to themselves. When you told people how you felt, that gave them the power.

If I was a normal girl, I'd have these straight forward emotions that I could talk about. I'd be able to lay it out on the table, take it or leave it. But, instead my emotions squirmed inside me, burrowing deeper and deeper. 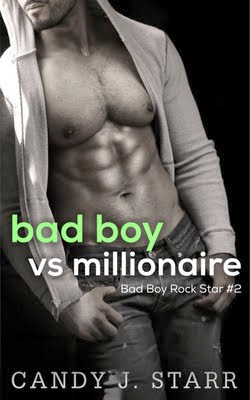 Candy J. Starr used to be a band manager until she realized that the band she managed was so lacking in charisma that they actually sucked the charisma out of any room they played. “Screw you,” she said, leaving them to wallow in obscurity – totally forgetting that they owed her big bucks for video equipment hire.

Candy has filmed and interviewed some big names in the rock business, and a lot of small ones. She’s seen the dirty little secrets that go on in the back rooms of band venues. She’s seen the ugly side of rock and the very pretty one.

But, of course, everything she writes is fiction. 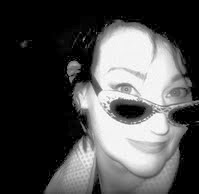 There is a blitz-wide giveaway for a $10.00 Amazon gift card. Simply click the following link to enter this giveaway: http://www.rafflecopter.com/rafl/share-code/NDA4MjY0MDFhMDY3NGJmNzk2NDA5M2VhM2I4M2I2OjIzOA==/