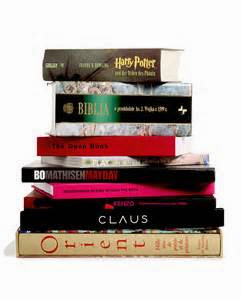 Snow daze: Frozen, Disney's animated blockbuster ($376.4 million to date), is more than a movie, it's a franchise. Toys, dolls and books have been spun off from the movie about a girl searching for her sister in some very chilly temperatures. For the first time, Frozen books crack USA TODAY's top 50. Frozen: Junior Novelization moves up to No. 36, while Frozen: A Tale of Two Sisters is No. 50. Also in the top 150: Frozen: Big Snowman, Little Snowman at No. 66; Frozen Read-Along Storybook and CD at No. 120; and Frozen Little Golden Book at No. 125. - Jocelyn McClurg

'Girl' power: A year-old novel about slavery enters the list for the first time, thanks to a $1.99 Kindle Daily Deal. The House Girl by Tara Conklin, published in February 2013, lands at No. 31. It's about a contemporary Manhattan attorney whose work leads her to the story of a house slave in 1852 Virginia. It's not the only book about slavery on the list: Sue Monk Kidd's novel The Invention of Wings (No. 13) also features a female slave as a main character. And at No. 27 is Solomon Northup's 1853 memoir, Twelve Years a Slave, the basis for the Oscar-nominated movie. - McClurg

From 'Silver Linings' to gold: Matthew Quick, whose Silver Linings Playbook became an Oscar-nominated movie, is back with a "deft, hilarious" new novel which stars none other than Richard Gere. USA TODAY's Korina Lopez gives The Good Luck of Right Now 3 stars out of four.

Anne Frank vandalized: More than 250 copies of The Diary of Anne Frank in 31 public libraries across Tokyo have been vandalized, "usually with several pages torn or ripped out," The New York Times reports. Authorities are still looking for the motive and perpetrators of destroying the iconic diary from the young Holocaust victim.

'Harriet the Spy': Happy 50th, Harriet the Spy! Louise Fitzhugh's classic children's book first came out in 1964, and now it's getting the golden anniversary treatment with a 50th anniversary re-issue. The commemorative edition will include a map of sleuthing heroine Harriet's "spy route," tributes from book lovers and more extras.

Wiki-book: So much for the antiquation of print encyclopedias. A new project on Indigogo is looking to transform Wikipedia into 1,000 books -- which translates to "over a million pages, featuring more than four million articles by 20 million volunteers." The team is looking for $50,000 to bring the project to life.