'Divergent': From the Page to the Screen

(from kirkusreviews.com
by Thea James)


You're different. You don't fit into a category. They can't control you. They call it Divergent. You can't let them find out about you.

Last Thursday, Divergent, the latest YA Dystopian Best-selling Book-turned-movie, opened in theaters nationwide. Featuring a solidly talented cast, sizable budget and effective multimedia marketing campaign (I swear, those movie posters are everywhere, from NYC subway stations to the bus stop right outside my apartment), Divergent had a whole lotta glittery hype preceding its release. This is to say nothing of the chatter on every conceivable social media outlet, or the Hunger Games-grade expectations (thanks to a sweet Divergent co-branding/sneak peek bundle with the recent Catching Fire Blu-ray release). Suffice it to say, Divergent the film certainly had a lot to live up to—at least it did in this fan’s mind.

Certainly, I had my doubts going into the theater on Thursday night. While the cast and director choices looked great, there were definitely some extremely cheesy moments in the trailer, including but not limited to: Four’s shirtless fake-tattoo scene with Tris (“I want to be brave, and selfless, and smart, and kind, and honest”), the fear landscape and training scenes, and basically all of the kissy moments between Four and Tris. Not to mention, my personal experience with the DIvergent series as a whole is mixed (loved book 1, hated book 2, was pleased with the gutsiness of book 3). Yet, with all of these factors in consideration, I was still cautiously optimistic that the movie would deliver a fun, loyal adaptation of the book.

And you know what? I’m very happy to say that Divergent delivers.

Well, let me qualify that a little: This is not a perfect movie by any stretch of the imagination, nor is Divergent anywhere close to the Hunger Games/Catching Fire caliber of book-to-film adaptation (but that’s not really a fair comparison given how awesome and staggering those films are). But Divergent is a fun, entertaining flick that I thoroughly enjoyed.

So what worked? Shailene Woodley is a fantastic presence on-screen, and her Tris is endearing in her honesty and her struggles to become one of the Dauntless clan. Similarly, I’m very pleased with the rapport and chemistry she shares with the magnetic Theo James’ Tobias/Four (thankfully, their attraction and relationship is one of the most believable things about the film which bodes very well for the franchise). Secondary character choices of Maggie Q as the sympathetic Tori, Zoe Kravitz as Tris’ former-Erudite friend Christina, and Ashley Judd as Tris’ badass mom are fantastic. But the real surprise, for me at least, was the performance of Jai Courtney as Dauntless leader (and sadistic jerkface) Eric. He is very, very good at being a bad guy, and I’m excited to see his character develop in the next few films.

Beyond portrayals of characters, one of my highest hopes for the film’s success concerned aesthetics. I loved the early visuals of the movie, too, introducing this ruined, post-apocalyptic vision of Chicago, the joyous, fearless scenes with the black-clad Dauntless jumping from trains onto rooftops and the ground below, the images of the fence that surrounds the walled-off city from the horrors of the outside. That said, some visuals weren’t so great—the costume decisions looked very fake (e.g. like they were bad wardrobe decisions for a movie set), and there’s oddly something inauthentic and low-budget to the different clan dwellings and some of the fearscapes (the birds attacking Tris, for example, or the Dauntless tattoo scenes felt extremely SyFy movie).

Also on the negative side, Divergent’s script isn’t going to win any awards—it oscillates from hilariously cheeseball to self-absorbedly nonsensical. There were many points during the movie that involved the audience busting out in unintentional laughter: Tobias’ revelation that a vial he discovered must be a cognition serum—right, what else could that vial of liquid be!?—and Tris’ blurting out that she wants to take it slow during her first kiss with Four, to name two of my personal favorites. (This doesn’t seem to be unique to my viewing of the film, either—check out these hilarious observations made and overheard during the film from a BuzzFeed contributor.) And, while Kate Winslet is a truly amazing actor whom I love and respect immensely, her take on Erudite leader Jeanine Matthews is stunted and oddly wooden. For most of the film, she’s reduced to wry smiles whilst espousing such philosophical gems like, “you're a poor blend of impulses and impurities,” or “human nature is the enemy.” I also think she says the word “divergent” at least 15 times in the film’s last 30 minutes (come to think of it, when DVD time rolls around this will make for a fantastic drinking game).

There are plenty of other inconsistencies and imperfections—Shailene Woodley’s lack of coordination, for example, means that she’s never really convincing with a big gun or in any of the action scenes (but there’s something endearing to her struggle to become a badass). There’s also a weirdly sanitized nature to the harder scenes of murder, brutality and death in Divergent (likely for ratings reasons), and the soundtrack and score choices were jarringly out of place and reminded me of a bad CW show (again, lots and lots of cheese here). The movie is about 45 minutes too long, and its climactic conflict and dramatic ending are probably incomprehensible to anyone who hasn’t read the book. Heck, even though I’ve read the books, character motivations are hard to follow and believe.

And yet…for all of these criticisms, there’s something joyful and fun and even at times unexpected about the movie. It’s certainly better than the previews made it out to look to be, and I was undeniably, wholeheartedly entertained. For that reason I say: Definitely watch it in the movie theater. (Just don’t go expecting another Catching Fire.)

Thea James and Ana Grilo are The Book Smugglers, a website for speculative fiction and YA. You can also find them on Twitter. 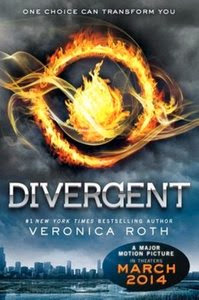