As a kid, I lived almost entirely inside books, and eventually the books started returning the favor. A lot of my internal world feels like an anthology, or a library. It's eclectic and disorganized, but I can browse in it, and that hugely shapes both what and how I write.
-Kathryn Schulz 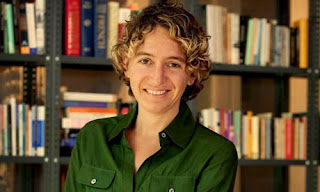 THE SON
by Jo Nesbø, translated by Charlotte Barslund

After he seemingly brought Harry Hole back from the dead in his last novel (Police, 2013), Norway’s Nesbø gives his popular protagonist a breather, shelving the detective in favor of a stand-alone novel that plunges deeply into the religious allegory that has frequently framed his work (The Redeemer, 2013). In fact, the symbolism might initially seem laid on pretty thick for readers looking to solve a satisfying whodunit. Sonny Lofthus, the son of the title, is introduced as a prisoner with “healing hands,” one who was “prepared to take your sins upon himself and didn’t want anything in return.” Like Christ, he suffers for the sins of others and offers redemption. He is also a hopeless junkie. His back story suggests that Sonny was a boy of considerable promise, a champion wrestler and model student, proud son of a police officer. Then, when he was 18, he was devastated by the suicide of his father, who left a note confessing his corruption as the mole within the department, and the subsequent death of his heartbroken mother. After Sonny turned to drugs, he found himself in a web of evil; if he would confess to murders he hadn’t committed, the corrupt prison system would keep him supplied with heroin. Then a fellow prisoner comes to him for confession and reveals a secret that turns Sonny’s world upside down, inspiring him to kick his habit, plot an ingenious escape and turn himself into an “avenging angel,” delivering lethal retribution. The inspector obsessed with the case had a complicated relationship with Sonny’s father, and it remains uncertain until the climax (in a church, naturally) whether he wants to be Sonny’s captor or his collaborator. It’s a novel in which one character muses on “how innocence walks hand-in-hand with ignorance. How insight never clarifies, only complicates.”

One of Nesbø’s best, deepest and richest novels, even without Harry Hole. 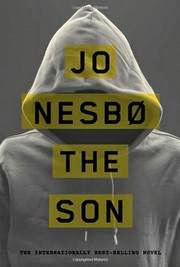 23 Places Where You's Rather Be Reading Right Now
Posted by Mollydee55 at 9:58 AM