Do You Read Books Your Friends Reecommend?

(from venturegalleries.com
by Stephen Woodfin)


It has probably happened to you.

A friend recommends a book, or maybe even hands you a book he has read and tells you how much he enjoyed it.

You put the book on your to-be-read stack with a sincere belief that you will take a look at it.

And you promptly forget about the book when life events take you away from the moment.

What brings this to mind for me is my recent discovery of one such book, which has led me to kick myself wondering why I let the book linger unread for a couple of years.

Maybe it is an example of the old saying that when the student is ready the teacher will appear. 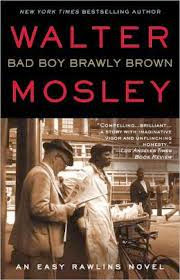 Here is the product description from Amazon.

Easy Rawlins is out of the investigation business and as far away from crime as a black man can be in 1960s Los Angeles. But living around desperate men means life gets complicated sometimes. When an old friend gets in enough trouble to ask for Easy’s help, he finds he can’t refuse.

Young Brawly Brown has traded in his family for The Clan of the First Men, a group rejecting white leadership and laws. Brown’s mom asks Easy to make sure her baby’s okay, and Easy promises to find him. His first day on the case, Easy comes face-to-face with a corpse, and before he knows it he is a murder suspect and in the middle of a police raid. Brawly Brown is clearly the kind of trouble most folks try to avoid. It takes everything Easy has just to stay alive as he explores a world filled with betrayals and predators like he never imagined.

I don’t know how I have missed the work of Walter Mosley all these years, but I am remedying that problem now. I have downloaded a couple of other books of his and ordered the paper copy of his most recent release, Debbie Doesn’t Do It Anymore. 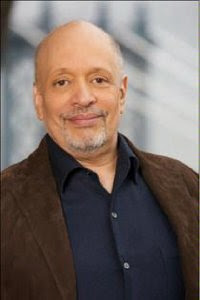 Walter Mosley is one of America’s most celebrated and beloved writers. His books have won numerous awards and have been translated into more than twenty languages.

Mosley is the author of the acclaimed Easy Rawlins series of mysteries, including national bestsellers Cinnamon Kiss, Little Scarlet, and Bad Boy Brawly Brown; the Fearless Jones series, including Fearless Jones, Fear Itself, and Fear of the Dark; the novels Blue Light and RL’s Dream; and two collections of stories featuring Socrates Fortlow, Always Outnumbered, Always Outgunned, for which he received the Anisfield-Wolf Award, and Walkin’ the Dog. He lives in New York City.

I suppose the moral here is that if a friend goes to the trouble to point out a good book to me, I should move that book to the top of the pile and not stick it on a book shelf out of sight.

When a friend recommends a book to you, do you read it, or just smile, nod and say thank you?