The beach is wonderful and all, but you have to be really rich or really lucky — or really unemployed — to spend all your time lying in the sand while reading books and sipping tequila drinks. While that certainly sounds like a nice life, there’s so much more to summer than sun and sand — and your standard “10000 great beach reads” lists don’t even begin to cover it. So, we asked a few authors and other literary types to recommend the ultimate summertime books for all situations. 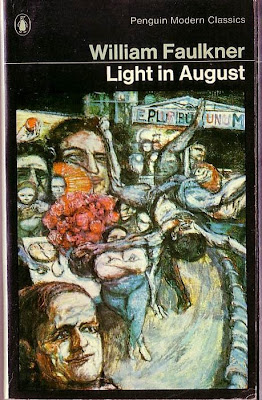 Rebecca Rubenstein: Light in August, William Faulkner I read the majority of Light in August with my bare feet dangling off the edge of a pier, at a beach within walking distance of my high school. It was the last quarter of junior year, May, and Chicago’s nicer weather was already in peak form, the breeze and waves from Lake Michigan keeping in perfect time with one another. If ever there was a soundtrack to read Faulkner to, the movement of water, coupled with the soft hiss of cicadas, is it. If you’re lucky, summertime is rife with both of these, and I can’t tell you how satisfying it was to discover Faulkner’s layers and language and voice for the first time with the warmth of the sun on my back and the echo of the waves in my ears.

Rebecca Rubenstein is the editor-in-chief of Midnight Breakfast. 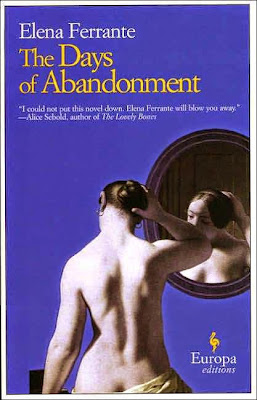 Jennifer Gilmore: The Days of Abandonment, Elena Ferrante I read everything in the summertime. I don’t want light and frothy, I want fierce and brutal and beautiful, and The Days of Abandonment, which chronicles the descent of a woman whose husband has forsaken her leaving her to care for the house and children is that. It is painful and violent and precise and it offsets the awkward ease of sitting on the beach enjoying life.

Jennifer Gilmore’s most recent book is The Mothers. 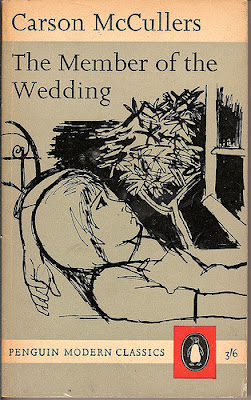 Amber Sparks: The Member of the Wedding, Carson McCullers Long, hot days and a loss of innocence seem to characterize all my favorite books about summer; the season seems to flame with dark possibility, with bubbles about to burst – and that’s where Carson McCullers’ much overlooked novel, The Member of the Wedding, lives. Twelve year old tomboy Frankie is growing up in Georgia, awkward and a loner and obsessed with her brother and his fiancee. I’ve heard Frankie described as a female Holden Caulfield, but I think Frankie’s is a murkier, more complex coming-of-age story, and this deeply unsettling book is perfect for the sultry, dangerous days of summer.

Amber Sparks is the author of the short story collection May We Shed These Human Bodies, and co-author of the hybrid novel The Desert Places, along with Robert Kloss and illustrator Matt Kish. She can be found most days on Twitter @ambernoelle or at her website. 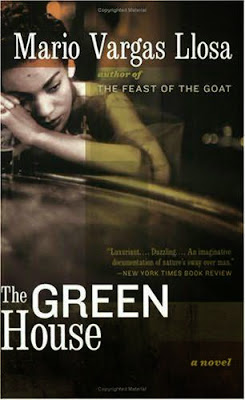 Kathleen Alcott: The Green House, Mario Vargas Llosa Mario Vargas Llosa’s The Green House is a book I loved so fiercely I had to immediately give it away: it seemed that the most important reaction was to foist its marvels on someone else. Set alternately in a small town beleaguered by dust storms, on the boats where dying conmen drift through the Amazon, and in the brothels and nunneries that aim to save the men of a rapidly changing Peru, the novel offers a stunning look at inherited cultural identity, the psychological reaches of betrayal, and the unrelenting parts of ourselves.

Kathleen Alcott’s second novel, Infinite Home, is forthcoming from Riverhead in 2015. Her first novel, The Dangers of Proximal Alphabets, was published in 2012. Her fiction, criticism, and essay appear in publications including The Los Angeles Review of Books, The Coffin Factory, The Rumpus, Explosion Proof, Five Chapters, and elsewhere. Born in Northern California in 1988, she currently resides in Brooklyn. 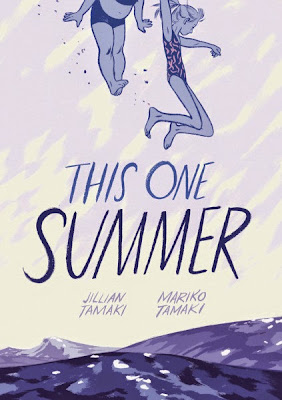 Kate Gavino: This One Summer, Mariko and Jillian Tamaki This One Summer by Mariko and Jillian Tamaki is pretty much everything I want out of a graphic novel: jaw-dropping artwork, incredible characters, and a superbly depressing but honest story. The book takes place in a beach cottage in the middle of summer, but don’t let that fool you. Much of the story is told from the POV of Rose, a preteen witnessing the demise of her parent’s marriage, dealing with a questionable crush on the guy at the corner store, and watching slasher films with her best friend. Like Skim, the Tamaki’s previous effort, it is the perfect anecdote to sweet, happy coming-of-age tales and shows adolescence for what it truly is: a shitshow.

Kate Gavino is the creator of Last Night’s Reading. 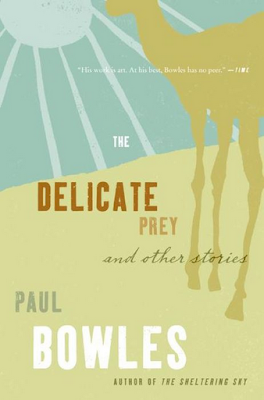 D. Foy: The Delicate Prey, Paul Bowles Lydia Davis won the Man Booker last year, Alice Munro the Nobel this year, and George Saunders the Folio, which is to say the short story, obviously, is once again as hot as they say this summer’s going to be. Paul Bowles is in my pantheon of all-time greats, and The Delicate Prey is no small reason why. Most of his stuff is set in the blazing country of North Africa, where he lived his last fifty years, but his voice is so icy as to be atonal, perfect for tales, to name just one, of professors sold into slavery and made to dance beaten and tongueless for the pleasure of their Reguibat masters.

D. Foy is the author of Made to Break 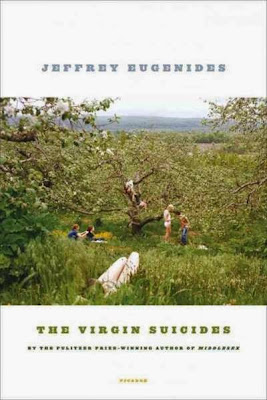 Julia Bartz: The Virgin Suicides, Jeffrey Eugenides For a dreamlike and engrossing experience, there’s no better summer read than The Virgin Suicides by Jeffrey Eugenides. Less gentle than Sofia Coppola’s film version, the short and perfect novel traces events leading up to the suicides of five sisters in Midwestern suburbia. The story’s told by a group of nameless and obsessive male classmates, who pool evidence and piece together memories to try to make sense of the deaths. In addition to the central story, other characters are picked up and dropped, their entire lives encapsulated in perfect sentences like this one: “Three times a day Petrovich showed up at the nurse’s office for his injections, always using the hypodermic needle himself like the most craven of junkies, though after shooting up he would play the concert piano in the auditorium with astounding artistry, as though insulin were the elixir of genius.” This is one of very few books I’ve read more than once.

Julia Bartz is the creator of Book Stalker. 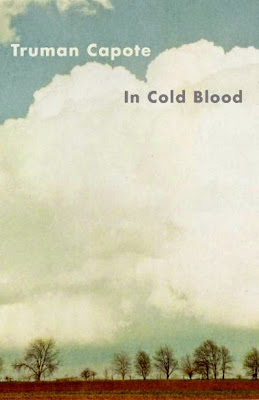 Liberty Hardy: In Cold Blood, Truman Capote I suggest the scariest book I’ve ever read: In Cold Blood by Truman Capote. It’s a classic for a reason! There are so many fascinating aspects to it: a horrific true crime, small town politics, a famous writer who inserts himself in the story. It’s said that Capote was so wrecked by his involvement with the case that he was never able to really write again. (It is also said that he fabricated a lot of the details and scenes in the book.) If you haven’t read In Cold Blood, summer is the perfect time to pick it up. Read it at the beginning of summer because it will scare the bejesus out of you, a deep, shivery fear that will last the season. Always. Lock. Your. Doors.

Liberty Hardy is a bookseller at RiverRun Bookstore. 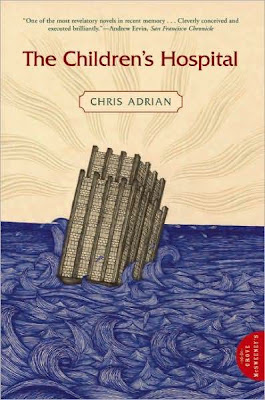 Julia Fierro: The Children’s Hospital, Chris Adrian When I pack for a vacation, struggling to zip my suitcase over a pile of books that might seem anything but relaxing–blood-drenched thrillers and true crime journalism and apocalyptic fiction–my fellow travelers ask, “You’re bringing that on vacation?” One reader’s “beach read” might be a lighthearted tale with a happy ending and so-called “likable” characters. My own ideal reads offer a trip into fictional and nonfictional worlds full of unthinkable situations, which, for me, is the surest form of escape. Chris Adrian’s The Children’s Hospital, a remarkable tale over 600 pages long, includes a bit of every genre of “beach read”–thought-provoking mystery, sex and romance, a thrilling situation, psychologically complex characters, carefully crafted literary prose, plus a pinch of apocalyptic sci-fi. The novel opens in a delivery room of a children’s hospital where Jemma Claflin, the novel’s heroine and a third-year medical student, is assisting in a string of difficult births. Outside the hospital, a storm of biblical proportions rages, escalating until, like Noah’s Ark, the hospital is sent floating into a flooded post-apocalyptic world. The novel’s mix of the miraculous (angels that speak from the hospitals’ walls and magical healings) with the mundane (the vulnerably human story-lines) creates a reading experience like no other. In our distraction-filled lives, we are often unable to make time for the kind of thick page-turner that pulls you in and won’t let go. Vacation is meant for that kind of escape and The Children’s Hospital is one of the few novels I recommend, again and again, to friends, and to my students at The Sackett Street Writers’ Workshop, knowing I’ll receive emails full of astonished gratitude from readers once they’ve survived Adrian’s devastated, but also redemptive, world.

Julia Fierro is the author of Cutting Teeth and founder of The Sackett Street Writers’ Workshop. 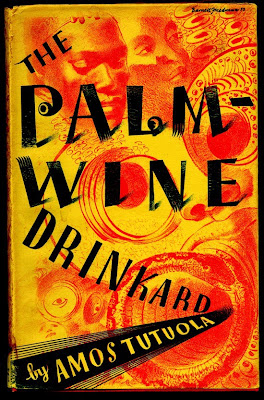 Matt Dojny: The Palm-Wine Drinkard (and His Dead Palm-Wine Tapster in the Deads’ Town), Amos TutuolaI first read The Palm-Wine Drinkard on a white-hot beach in Fort Lauderdale, sipping a Coke spiked with Sangiovese while the sun (and the book) fried my brain. Drinkard is a freaky West African folktale written in what Dylan Thomas termed “Young English,” detailing one man’s often-terrifying, occasionally-hilarious journey to the land of the dead. Along the way, he meets all manner of unsavory characters, including the Invisible-Pawn, the Red-king, and a Hungry-Creature who eats his wife. (Imagine a Nigerian novelization of Spirited Away.) The Palm-Wine Drinkard will make you feel as though you’re surrounded by enigmatic, possibly malevolent entities—especially if you’re on a beach in Fort Lauderdale.

Matt Dojny is the author of The Festival of Earthly Delights
Posted by Mollydee55 at 11:20 PM