(from usatoday.com
by Hillel Italie) 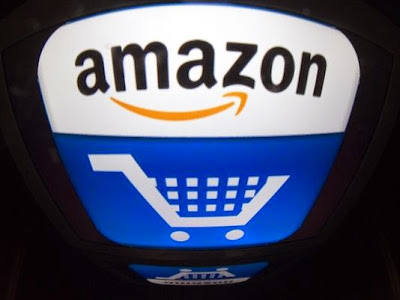 
If you're hoping to pre-order books by J.K. Rowling, Michael Connelly and other Hachette Book Group authors, you'll have to go somewhere besides Amazon.com.

An ongoing standoff between Amazon and one of the leading New York publishers has intensified. The online retailer, which already had been slowing delivery on a wide range of Hachette titles, has removed pre-order buttons for such books as Connelly's "The Burning Room" and Rowling's "The Silkworm," a detective story she wrote under the pen name Robert Galbraith.

Previous changes had been more subtle. The listing for the paperback of J.D. Salinger's "Nine Stories" says delivery will take three to five weeks and offers "Similar items at a lower price," including a collection of Ernest Hemingway stories published by Scribner.

"We are doing everything in our power to find a solution to this difficult situation, one that best serves our authors and their work, and that preserves our ability to survive and thrive as a strong and author-centric publishing company," Hachette said in a statement Friday issued through spokeswoman Sophie Cottrell.

Amazon declined to comment. Numerous Hachette authors have criticized Amazon in recent weeks, including Sherman Alexie and James Patterson, who on his Facebook page noted that the purchase of books written by him, Malcolm Gladwell, Nicholas Sparks and others had been made more difficult.

Amazon and Hachette are reportedly at odds over terms for e-book prices, at a time when Amazon is in a position of strength and vulnerability. The Seattle-based company is the most powerful force in the book market, believed to have a share of more than 60 percent of e-book sales and at least a third of book sales overall. Rivals have struggled to compete with Amazon's discounts and customer service.

But recent earnings reports have been disappointing and Amazon's stock prices, which surged for years despite narrow profits, have dropped sharply in 2014.

Amazon has a history of aggressive actions with publishers, most dramatically in 2010 when it removed the buy buttons for releases by Macmillan, where authors include Jonathan Franzen, Bill O'Reilly and Augusten Burroughs. The issue was also e-books. Apple was about to launch its iBookstore and Macmillan, Hachette and other publishers, worried over Amazon's $9.99 offerings for popular e-books, wanted Amazon to accept a new system — the agency model — that would allow publishers to set the prices.

Amazon relented, but the system unraveled after the U.S. Department of Justice sued Apple and five publishers in 2012 for alleged price fixing. The publishers, including Macmillan and Hachette, settled and a federal judge in New York last year ruled against Apple.

Other books currently being delayed or otherwise disrupted include Tina Fey's "Bossypants," Gladwell's "The Tipping Point" and Brad Stone's "The Everything Store," a critical portrait of Amazon and founder Jeff Bezos.
Posted by Mollydee55 at 9:10 PM