(from usatoday.com
by Jessie Potts) 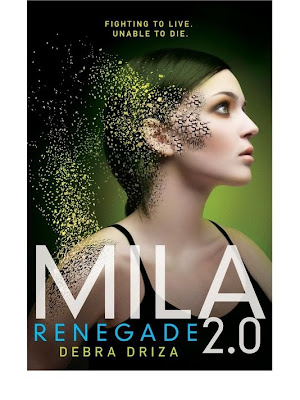 
Below are some awesome YAs that came out this month. We have dystopians, sci-fis and paranormals.

This is the second book in the MILA series, and the romance is increasing. Mila is now on the road with the only person she trusts, Hunter (a boy she just met and who doesn't even know who or what Mila is). Mila also has General Holland and the Vita Obscura looking for her and not stopping at nothing until she is found. Mila must rely not only on Hunter but on her android abilities. Here's the thing I loved: watching Mila alternate between embracing and questioning her identity, but I'm still not so sure about Hunter. There's a part of me that wants to trust him and a part of me that thinks he's up to no good. I'm definitely interested in the third book, and I hope both Mila and I can sort Hunter out. 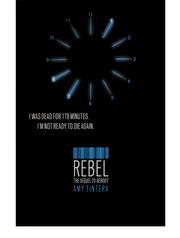 This is the sequel to Reboot (you have to read that first!) and follows Wren (a 178) and Callum (a 22) after they escape HARC and try to find the Reboot Reservation. What they find, though, isn't what they were expecting, and numbers seem to matter here just as much as they did back at the HARC facility, and the leader, Micah, wants to exterminate humans (ALL humans). This is awesome because it's told from the alternating perspectives of Wren and Callum. I loved seeing what Wren looks like from Callum's perspective and watching their romance bloom and Wren grow was a treat. My favorite thing about the Reboot series is that Wren (the girl) is the strong one: She's faster, smarter, sharper and better than Callum. She's not a typical heroine, and I loved that! Her evolution is also atypical and yet perfect. I definitely recommend for sci-fi and dystopian fans alike. There's action, adventure, blood and romance. 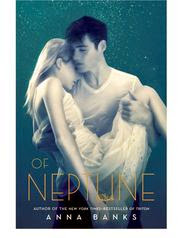 Of Neptune by Anna Banks

This is the third book in the Syrena Legacy and has (if I do say so myself) a gorgeous cover! Emma and Galen's kingdom is threatened, and if they can't figure out how to save their love, all will be lost. The Poseidon king suggests a getaway to Neptune, a town that is home to Syrena and half-breeds alike. This little getaway doesn't go according to plan, and Emma and Galen will have to remember who they are and just what they have to lose … and gain … I was torn by this book. I love this series and want Emma and Galen to be so happy. I didn't understand why they kept being separated and where Reed fit into the storyline. All in all, those invested in this series will have to finish it with Of Neptune … hold on to your seats, readers! 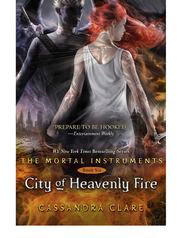 I pre-ordered this book and have to read it, as it's supposedly the last installment of the Mortal instruments series! In this installment, Cassandra has teased readers with hints, such as: There is a death of a major character really early on in the book, there are two weddings, and six characters we know by name will die … YOU'RE KILLING US, CASSANDRA!!! Let me tell you, the audio books are amazingly narrated, and I have also pre-ordered this one. On a side note: Production of City of Ashes has been given the green light and is supposed to start this year. Word on the street is the producer is trying to make the movie sequel to City of Bones a bit darker and a bit more mature!

Jessie Potts, also known as Book Taster, adores books in all forms. She also does reviews for Bitten by Books and RT Book Reviews and is an intern at Entangled Publishing. You can follow her on Twitter (@BookTaster).
Posted by Mollydee55 at 10:02 AM