And when I was young, my family was perfectly nice. I write a lot about it, as you noticed. But it was rather limited. I think, I don't think anyone in my family would really feel I'd done them an injustice by saying that. We didn't see many people. There were many books. It was as if I wanted to get away from home.
-Christopher Hitchens 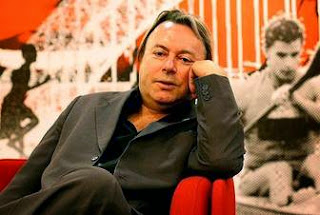 KIDDING OURSELVES
The Hidden Power of Self-Deception
by Joseph T. Hallinan

A breezy, anecdotal survey of self-deception and how it is not merely inevitable, but helpful and even essential.

Former Wall Street Journal writer Hallinan (Why We Make Mistakes, 2009) works in territory similar to Malcolm Gladwell’s: giving fresh twists to familiar assumptions, showing that conventional wisdom can be more conventional than wise. Journalists call this a “conceptual scoop,” when a writer isn’t the first to report facts but the first to provide (or popularize) a different framing or interpretation that challenges what most people think they know. In this case, the author begins with the inarguable premise that what we believe, experience and anticipate is dependent upon how we perceive things and that we often perceive things less the way they are than how we want them to be. However, plenty of good can result from our penchant for deluding ourselves, feeling more optimistic than the situation warrants and believing we have more control than in fact we do. “Seeing things accurately, by which we mean seeing things ‘as they are,’ is not always a plus,” writes Hallinan. “Sometimes it’s a hindrance, and this is especially true when things are really bleak. There is, for instance, a strong connection between depression and realism. Decades of research suggest that if you want a realistic assessment of things, ask someone who is depressed.” Looking on the bright side not only makes us happier (if deluded), but also more productive, and it can even have predictive effects on outcome (the self-fulfilling prophecy). Hallinan’s survey ranges all over the map, rarely stopping anywhere for more than a couple of paragraphs or pages, as he fits nearly everything under a big umbrella, from a variety of urban myths (and mass delusions) to the effectiveness of placebos to the refusal of some conservatives to admit that Barack Obama is not a foreign-born Muslim.

A genial, occasionally glib guide to both the positive and negative effects of self-delusion. 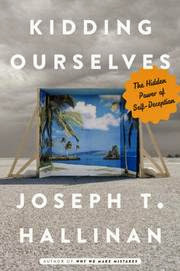 19 Hipster Book Titles That Are Too Mainstream To Exist