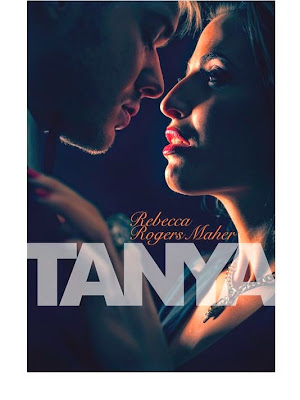 
Grab a book, a glass of wine and enjoy the spring weather before it's too hot to go outside. I have four contemporary romance recommendations for you this weekend.

Tanya by Rebecca Rogers Maher (contemporary). This author excels at giving her readers a very emotional, pretty erotic story in a novella length. Tanya and Jack meet at a bar and Tanya goes into full seducing mode. A recovering alcoholic, Tanya isn't drinking, but she wants Jack to make her forget all her problems. Jack comes from a very wealthy family but has been away for the past two years with the Peace Corps. Now back in New York, he doesn't know what to do with his life, and yearns to find a purpose. In town for his brother's wedding, when this stranger asks him to go back to the hotel with her, his legs start moving before he can even answer.

The next morning, Jack meets up with his brother and future sister in-law for the weekend wedding festivities, and guess who the bride's sister is? Tanya. Surprised to see each other again and forced to spend the weekend together, these two start a journey of sexual exploration which leads to much more. This story is a bit heavy, but with the erotic scenes and the way these two both yearn for something more in their lives, it has a hopeful tone as well. While things are not 100% settled by the end of this book, this couple is definitely on their way to an eventual happy ever after. I also highly recommend The Bridge, a previous novella that features the bride and groom mentioned above. 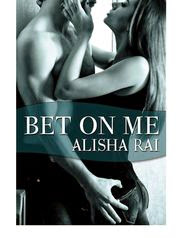 
Bet on Me by Alisha Rai (erotic contemporary). This novella finishes the Bedroom Games trilogy, a series I greatly enjoyed. We follow the story of Casino owner Wyatt and his former high school love and now jewelry designer Tatiana. Back in book one, they meet after years apart and rekindle their now adult romance. By book three, these two are committed and ready to move on to the next step. There are a couple of things that really stand out about this trilogy. First, it's very, very sexy. Wyatt and Tatiana like to play in the bedroom, and they are never boring. Tatiana has a great sense of humor throughout this series, which really endeared me to her. And my favorite thing is that these two characters are mature. Yes, they have to work through issues and sometimes the going gets bumpy, but they figure things out like adults. There is no forced drama or silly conflicts for the sake of making them fight. I really appreciated that. Definitely read these in order, starting with Play With Me, followed by Risk and Reward. 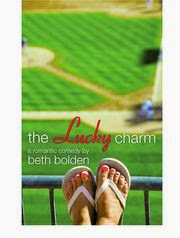 
The Lucky Charm by Beth Bolden (contemporary). Izzy loves journalism, but she shines behind the scenes. So when her new boss packs her up and sends her on the road to follow the Portland Pioneers baseball team as a sideline reporter, Izzy feels overwhelmed. Knowing nothing about baseball, she decides to put her best foot forward and just do her best — which isn't very good. Meeting the players at spring practice, she can't help but notice the sexy second baseman, Jack. He is cocky and loves giving reporters a hard time, so their banter to start this book is pretty cute. Jack is sarcastic and stubborn and loves the game of baseball. When he realizes that Izzy has the rules of baseball written on index cards, he decides to start teaching her the nuances of the sport. The more they hang out together, the more they start to like each other.

What surprised me about this book is how adorable our hero, Jack, becomes. He starts a bit abrasive, not unlikable, but he doesn't have a lot of patience for Izzy. But he turns out to be such a strong support for her. Giving her confidence at every turn for this new career of hers. Jack has a lot of weight on his shoulders to perform well, so the team starts winning and they have a better chance of staying in Portland. A slow build to the romance makes the wait worth it. If you like sports romance, definitely check this one out. 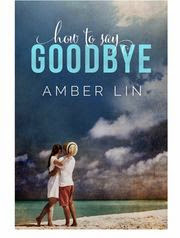 
How to Say Goodbye by Amber Lin (New Adult). I've read most of Amber Lin's books, and this one is my favorite. Amy's parents are from Japan, but moved to the USA before she was born so she could be a citizen. After her father dies when she is young, her mother can't take it and goes back to Japan, leaving Amy with an uncle in the States. Amy grows up without any affection. Her uncle isn't abusive, but he isn't one to coddle a child. Amy grows up alone but very smart, and when she gets an internship to work at the Kennedy Space Center one summer, she eagerly takes it. She hopes it's a turning point in her life, and while she finds she likes the work, she still has a lot of trouble making friends. One day out walking, she sees a man making a sand castle on the beach. Totally out of character, she approaches him and quietly starts helping him build it. While they leave each other later on the beach without really speaking, neither of them forget the other.

Dane has been homeless since the age of 14. After suffering abuse for years, he decides living on the streets is better than the alternative. He squats at abandoned buildings or just in his beat-up truck and is ashamed of the work he has performed to make money, but he has accepted his life is just what it is. When he meets Amy, though, he wants to become a better person. This quiet, shy, beautiful girl intrigues him so much. He keeps the fact he is homeless from her for as long as possible, but it eventually comes out. While Dane feels he has nothing to offer Amy, Amy looks at him like he is living life so full. To surf anytime you want, to live a life with no rules — it's so foreign to her. A really well-done story.