Must-Rad Romances: ''Til the Well Runs Dry,' 'Family of Lies'

(from usatoday.com
by Michelle Monkou) 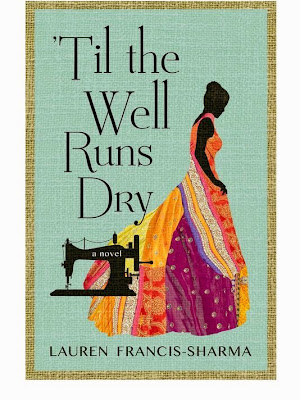 
Join me every week as I share a few shout-outs on romance author goings-on, related events and recommended reads.

'Til The Well Runs Dry by Lauren Francis-Sharma

What it's about (courtesy of Henry Holt and Co.):

Lauren Francis-Sharma's 'Til the Well Runs Dry opens in a seaside village in the north of Trinidad where young Marcia Garcia, a gifted and smart-mouthed 16-year-old seamstress, lives alone, raising two small boys and guarding a family secret. When she meets Farouk Karam, an ambitious young policeman (so taken with Marcia that he elicits the help of a tea-brewing obeah woman to guarantee her ardor), the risks and rewards in Marcia's life amplify forever.

On an island rich with laughter, Calypso, Carnival, cricket, beaches and salty air, sweet fruits and spicy stews, the novel follows Marcia and Farouk from their amusing and passionate courtship through personal and historical events that threaten Marcia's secret, entangle the couple and their children in a scandal, and endanger the future for all of them.

'Til the Well Runs Dry tells the twinned stories of a spirited woman's love for one man and her bottomless devotion to her children. For readers who cherish the previously untold stories of women's lives, here is a story of grit and imperfection and love that has not been told before.

Why you should read it: Lauren Francis-Sharma launches with 'Til The Well Runs Dry about a woman's long journey to independence and fulfillment. Set in 1940s Trinidad, the story takes on an epic quality with a family saga that spans 20 years. The breadth of the plot is not larger than life. Instead, the story lifts a young woman with significant responsibilities, dark trials, and deep passion into our consciousness. Written with the Trinidadian lilt in mind, we can hear her personal extraordinary journey from young woman to wife and mother. 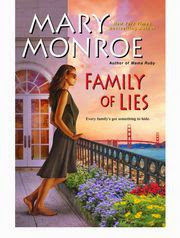 
Family of Lies by Mary Monroe

What it's about (courtesy of Kensington Dafina):

After growing up poor in Texas, Vera Lomax used every gold-digging trick in the book to land a rich husband. Now living in the lap of luxury in San Francisco, her only job is to fawn over her much-older husband, so it's been easy for her to balance a life of shopping and affairs with younger men with a major secret: the sixteen-year bribery of one of her husband's mistresses to keep her pregnancy under wraps. Vera figures that a little hush money every month will ensure her husband's fortune is hers alone. . .

Unfortunately for Vera, Sarah Cooper is the child Kenneth Lomax always wanted. When the father she never knew shows up at her mother's funeral to claim her, it's a fairy tale journey from the ghetto to a mansion on a hill. But Sarah's life is not as carefree as her father wants it to be . . .because Sarah knows from the start that her step-mother is as two-faced as they come. And after losing all the family she's ever known, she wants a life that's richer than what Vera's got planned for her.

Neither woman can be sure who will win Kenneth's heart and fortune. But as Vera and Sarah scheme to get what they want, everyone they know will be choosing sides, taking chances, and gambling it all to come out on top.

Why you should read it: Family of Lies is exactly that — a story with lots of lies swirling and affecting lives throughout the book. A cast of characters who are not the ideal, who have more than a little imperfection, are certainly memorable. Coupled with a steady pace of tension and drama, it was quite easy to get knee-deep in the lives and heartaches of these people. Thanks to Monroe's knack for writing the various angles and dynamics around a family. She levels the high dosage of drama with human frailties, such as lies, revenge and bitterness. The read is entertaining and worthy of a great discussion. Book club recommend.

Through the next few months until RWA's award ceremony in July, I will introduce you to several Golden Heart finalists from Romance Writers of America's contest for unpublished writers.

Piper G. Huguley is the author of Migrations of the Heart, a five-book series of inspirational historical romances set in the early 20th century featuring African-American characters. Book one in the series, A Virtuous Ruby, won the Golden Rose contest in historical romance in 2013 and is a Golden Heart finalist this year. Book four in the series, A Champion's Heart, was a Golden Heart finalist in 2013. The Preacher's Promise, book one in her new 19th-century historical series Home to Milford College, is a current quarterfinalist Amazon's Novel Breakthrough Award contest and will be self-published this summer.

She blogs about the history behind her novels at piperhuguley.com.

Michelle: Share three amazing things that have happened in your life.

Piper: Hmm. Well one would be the birth of my son — since I had no labor pains. Another would be the second Golden Heart nomination because it was an affirmation that I had not expected. If I had to name three, the third would be the realization that I have long been shaped by God for a purpose in this world. The realization was amazing for sure, but it was also startling that it took me so long to come to understand it. I can be hard-headed.

Michelle: Where are favorite writing nooks when you're ready to work?

Piper: The morning after the awards ceremony last year when I had not won, my husband finished putting together my L-shaped desk that sits in a corner off of the kitchen so that I can cook and write at the same time. My consolation prize. I love it. If I want to plot, I usually do that on a storyboard in my bedroom. I have a little computer lap desk on wheels in my bedroom closet if I want to work there.

Michelle: How do you stay motivated to continue the writing journey?

Piper: My students motivate me. My constant engagement with my students helps me to figure out how to make history real to them. I firmly believe that without any historical sensibility, they won't understand who they are. Students must understand they are the reflection of the dreams and hopes of those who came before them. In that same light, another motivator is Sweet Honey in the Rock's song We Are. I think of it as a sort of theme song whenever I'm down about a contest result or a rejection. The song reminds me of the larger reasons of why I do what I do, and I'm reminded that my overall project is much, much bigger than me.

Piper: Zora Neale Hurston's works have motivated me to write. Dust Tracks on a Road, her autobiography, disappoints a lot of people, but to me it is a text about self-invention, not deception as a lot of people think of it.

Jubilee by Margaret Walker is the other text. It took her nearly 30 years to write it, but she was determined to affirm the humanity of her ancestor. I love to do homage to it every so often, since holding the book is a triumph of her will and determination.

Two books I bought in 2014: Smelling Herself by Terris McMahon Grimes. The voice of that little girl in 1964 Oakland, California, is so real and engaging. I tracked her down on Facebook to tell her so. I'm sure she thinks I'm nuts, but she has been very nice to me. The book is indie-pubbed with an amazing Synthia St. James-inspired cover.

I Am Livia by Phyllis T. Smith — I believe that this book was a finalist in the ABNA competition last year, but the historical details of ancient Rome drew me right in and it forces readers to root for this rather ruthless woman. Loved it.

Michelle: Piper, you certainly have focus and determination. Your hard work and accomplishments are well earned and I'm sure serve as an inspiration to others. Congratulations.

Michelle Monkou celebrates her Evernight urban fantasy digital release, Into the Pride . Her website is michellemonkou.com. You can also connect with her on Facebook.
Posted by Mollydee55 at 5:42 AM