Eleanor Catton and Clare Wright: 'I call it the dick table' 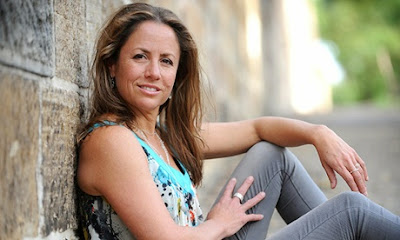 Clare Wright, winner of the 2014 Stella Prize for The Forgotten Rebels of Eureka. Photograph: Dan Himbrechts/AAP


"I have observed that male writers tend to get asked what they think and women what they feel," Eleanor Catton once noted in a Guardian interview following her Man Booker win.

“People got very annoyed at that comment,” Catton said in a panel at Sydney writers' festival. “What is she doing, having an opinion? Why isn’t she grateful? Why doesn’t she just shut her mouth and feel something?”

The session, Judging Women, included Stella Prize executive director Aviva Tuffield and judge Tony Birch, yet the most striking aspect of the event was the correspondence in experience of the two female prize winners on the panel: Eleanor Catton and this year’s Stella Prize winner Clare Wright. Women from two different countries, writing in very different literary forms – one fiction, one non-fiction, winning distinct literary prizes – had remarkably similar experiences in the reception of their works.

“We throw at female artists this expectation that their work has to speak to the female experience.” Catton noted, “And if it doesn’t, you’re letting the side down. Throwing this stumbling block in the way of female artists is counterintuitive.”

Wright sympathised. When the historian began her research on the Eureka stockade, The Forgotten Rebels of Eureka, she comments that colleagues asked, “‘What could you possibly say about the Eureka stockade that hasn’t been said in 150 years? Unless you find a stack of letters in a renovated house in Ballarat.’ But I went back to the same set of archives with a different set of questions. Women were there, other historians had just not seen that as in any way significant or pertinent.

It is an experience Catton relates in the early reception of her work as well, a friend advising her after reading a draft of The Luminaries, “Because you’re writing about 12 men, it’s a book about astrology. If you wrote 12 women, it would be a book about women.” Catton comments, “I think there’s something invisible about the male experience, they’re archetypal in a way.”

Wright recounts a story about such invisibility. While travelling to book signings around the country for the release of The Forgotten Rebels of Eureka, she spent much of her time in bookshops around Australia, particularly airport bookstores. “The books placed with most prominence were always books written by men about male topics: sports people, politicians, war.”

Wright took photos of these prominent displays, referring to them as “dick tables” and began taking her book from the W section of non-fiction and placing it alongside others on the display. “There were two other books on Eureka by male authors at the time: Peter Fitzsimons’ Eureka and The Sons of the Southern Cross by Grantlee Kieza and it seemed appropriate to put it with them.”

Following the Stella win, however, she notes that her bookshelf activism is no longer necessary, as the work now occupies a new table, “Prizewinners, alongside Eleanor’s The Luminaries.”

Though Wright and Catton’s works are entirely different in form, they both centre on life in the goldfields. The session ends with Wright’s advice to Catton: “One problem I had with your book was that the two female characters are a prostitute and a former brothel owner. I felt what you needed was a book like mine so you would have the courage to cast the women in a different way.”
Posted by Mollydee55 at 3:07 PM