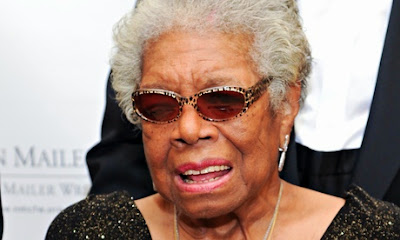 The private memorial service for Maya Angelou, the writer and civil rights activist who died last week at the age of 86, will take place this weekend, and will be live-streamed for the general public by Wake Forest University, where Angelou had taught for more than 30 years.

Angelou's family will hold the closed service in a chapel at the Winston-Salem university in North Carolina on Saturday 7 June. Limited seating means it will only be open to family and friends, but Wake Forest is set to live stream the event for the public, it said on Tuesday. Further celebrations of the writer's life are also being planned by her family in other cities around the country, added the university.

Angelou, author of volumes of memoir including I Know Why the Caged Bird Sings, had served as a professor of American Studies at Wake Forest since 1982. She was due to teach a class on "race, culture and gender in the US south and beyond" this autumn. The university's president Nathan Hatch said the writer had devoted her life at Wake Forest to "creating a love of language and a keen awareness of the power of literature and learning", and that "generations of Wake Forest students have lived richer lives for her teaching and guidance".

One of Angelou's former students, film-maker Sona Tatoyan, told the university that the two classes she was taught by the author were "THE turning point in my life". "I started to see the value in being in this outsider/insider situation … It was like a wake-up bell went off — a call to action in my life," said Tatoyan.

Another, JJ Jackman, said that "in the 20-plus years since I experienced her unique and powerful teachings, memories of the voice, the presence and the enlightened conversations all continue to nourish the seeds she planted", and that "with Dr Angelou, every class was 'Being Human 101'."

In a 1985 commencement speech, Angelou told graduates at the university that "your destiny is to develop the courage to flesh out the great dreams, to dare to love, to dare to care, to dare to want to be significant and to admit it, not by the things you own or the positions you hold, but by the lives you live."

Wake Forest said that Angelou would often invite students into her home and cook for them, describing herself as a hard teacher, but a good one, who would "use any ploy to convey my message. I will sing. I will read Shakespeare."

In an interview with Ebony magazine, the author remembered the informal discussion which followed her first lecture at Wake Forest, saying that "around nine'o'clock, I found myself seated in the student lounge, surrounded by more than 100 black and white students in relaxed poses on the floor. Their questions were pertinent and unexpected … I sat fielding, answering and asking questions. After midnight, I stood, thanking my audience for their courage."

"She brought distinction and her unique grandeur to her 32 years at Wake Forest," said the university's provost emeritus Edwin Wilson. "But – in a quieter way – she was an always generous friend: loving Wake Forest as we did and responding to every request for a speech, an interview, or a conversation with someone who wanted to meet her. And – to the last – she displayed the lifelong courage that she inspired in others: the greatest of all virtues, she said."

Angelou's death last week was marked by an outpouring of praise for an author described as "an indomitable spirit of great generosity, kindness, and love" by her fellow writer Alice Walker. A guestbook set up by Wake Forest has garnered hundreds of memories of Angelou.
Posted by Mollydee55 at 1:26 PM