Richard Dawkins Is Wrong To Dismiss the Power Of Fairytales

(from theguardian.com
by Marina Warner) 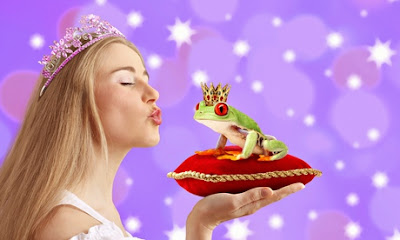 
"Wonder tales" might be the better term: fairytales inspire both wonder as astonishment and as a form of questioning. They're thought experiments, revolving possibilities. They're close to make-believe play, when children project dramas and outcomes, using what material there is to hand to imagine the script.

In the case of fairytales, the material is super-rich: the stories crystallise the accumulated knowledge of the past into brilliantly coloured, sharply outlined, yet often baffling motifs: the glass slipper; the cannibal ogress and the child-bird she wants to cook; the mermaid who gives up her voice for love; the girl who runs away disguised as a donkey – and yes, Dawkins's example, the frog who wants to sleep on a princess's pillow. These are wonders, disturbing and astonishing, yet encoded, oblique renderings of experience.

Fairytales, still, are all about things that are happening. They tell of child slaves, buying and selling women, abduction, tyranny, poverty, hunger and family conflicts. There are jealousy and greed and brutal, power-mad despots. The "once upon a time and far away" of the setting wraps hard facts and raw truths in fantastic, sometimes absurd dress, and then (and this is the greatest wonder of the form) the stories offer hope of redress and justice – the biter bit, the tyrant brought low.

When Dawkins remarks that besides science, everything else is "a second-rate explanation of existence", he can't really mean what this implies: that imaginative culture, however speculative and unverifiable, has little illuminating effect. You can criticise fairytales for a lack of ethics (does Aladdin deserve his fortune?). You can criticise this version or that for vile ideology (antisemitism in Grimm; female beauty as the ultimate good; rank consumerism; delight in cruelty). You can deplore the wishful thinking as peddling illusions. But literature and story-telling are in the paradoxical business of making things up to make us feel a little better, even as they confront the worst.

Dawkins's attack on fairytales has been reported unfairly – he was musing rather than laying down the law. But you can't attack the wonder tale for reinforcing belief in God! On the contrary, the agents of fairytale enchantments – Puck, genie, fairy godmother – act outside any existing scheme of moral or religious salvation. Besides, magic has its own history and belief its seasons, and children today are very canny – they know the difference between believing in earnest and believing in play. The crowd queuing at King's Cross to push the luggage cart through the wall to Platform 9¾ and board the train to Hogwarts don't believe it's there; but they revel in the pleasure of let's pretend.

Once Upon a Time: A Short History of Fairy Tale by Marina Warner is published later this year
Posted by Mollydee55 at 3:32 PM