John “Ice” Takahashi’s final job for The Circle has an unexpected hitch in it; he’s fallen for an innocent civilian and his enemies know it. With his mission in a shambles, he’ll do anything to protect her, including kill. So how can a man without honor prove he’s worthy of her love?

Lena Matthews feels like she’s playing with fire by dating the mysterious Master J. He’s exotic, dangerous, and exactly what she needs in her boring life. With the bad guys bearing down on them, she discovers a whole new world of sensuality that binds her heart to his forever.

John Takahashi, also called Ice in the more deadly corners of the world, watched from the shadows as the woman slid into her Nissan Altima. He wanted to be certain she safely reached her car.

His hands tightened on the steering wheel.

A burly fellow strolled by Lena’s car and continued to the next lane without glancing her way. John’s hold eased up. If the man had attempted to attack her, bloody fat limbs would be scattered across the parking lot within seconds. He’d never allow anyone to harm her. Hell, if the man only spoke to her, John was unsure of his reaction. He’d never felt this way before. Possessiveness wasn’t his
usual response. He only knew she belonged to him.

From the first moment he saw her five weeks ago, intently watching him from the coffee shop, he’d decided to meet her. Her contradicting shyness and boldness amused him. The two times he’d allowed her to see him watching her, she’d looked away, blushing. He liked that. From the way she walked and held herself, he suspected she was a woman used to taking orders from a man. After being with so many women with that certain need, he had a sixth sense about such matters.

His contacts reported that her husband had died three years earlier. She wasn’t a flirt and hadn’t dated during that period. She dressed stylishly but modestly. Her hours were spent working in her house and in the flower beds surrounding her home. Occasionally, she had lunch with friends and attended charity functions, but nothing more.

Of course, their time in the coffee shop had been a test. If she’d been too timid or too bold, their time together would have ended without a dinner invitation. He wanted a woman willing to take commands but strong enough to demand what she needed in return. 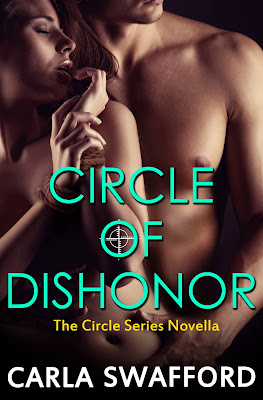 Carla Swafford is a lithe twenty-nine year old with long auburn hair and sparkling dark eyes who loves dancing with her gypsy friends. Geez! Can you tell I love writing fiction? Now for the real stuff: I'm married to my high school sweetheart and live in Alabama. I swear my stories are more exciting. 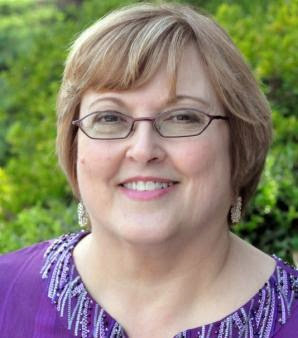 
Carla will award one copy of CIRCLE OF DISHONOR at every stop to a randomly drawn commentor, and a $25/00 Amazon/Barnes & Noble gift card to one randomly chosen winner via Rafflecopter during the tour. Make sure you comment! To enter for the gift certificate click here.
Posted by Mollydee55 at 12:00 AM