Sara Farizan Is Your New Favorite Queer YA Novelist

(from buzzfeed.com
by Ashley C. Ford) 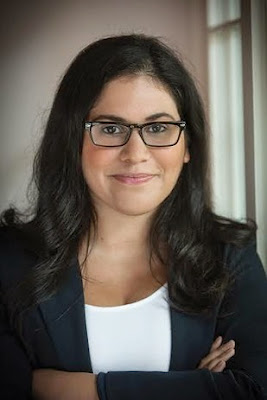 
Sara Farizan’s novel If You Could Be Mine, set in Tehran, Iran, follows two teenage girls, booky and serious Sahar, and her best friend, fashionable and aloof, Nasrin, navigating their attraction to each other without a blueprint for the journey.

“I need an answer from you. Please, don’t treat me like I’m silly girl, because we’re too old for that. If I were a man, would you be with me? Would you leave him for me?” Sahar pleads with Nasrin during an argument. Playing with a strand of Sahar’s hair while contemplating a response, Nasrin offers: “You wouldn’t look so bad with a beard.”

Her success as a novelist epitomizes many of the ideas Daniel Josè Older examines in his essay “Diversity Is Not Enough.” If You Could Be Mine exists in a book culture described by Older as much: “The publishing industry looks a lot like these best-selling teenage dystopias: white and full of people destroying each other to survive.”

Farizan’s voice, bubbly and thoughtful, raises just a bit when I ask her about diversity in YA novels.

The Amma character in Beautiful Creatures is one example of this tokenism. An older African-American woman with magical powers mysteriously connected to her slave ancestors, Amma is provided little backstory that doesn’t connect directly with the lead white male character, Ethan. Her character plays heavily into the magical negro trope, and she eventually trades her own life for Ethan’s. It is true that in worlds written to include dystopia, dragons, and witches, there are some authors who still can’t imagine an LGBT person or person of color as a central character.

When asked if she’s written about any WOC (wizards of color), Farizan laughs, “I can’t write wizards. I wish I could.”

Despite the brevity of the book and its intense subject matter, most characters in If You Could Be Mine are provided riveting backstories and familiar motivations. When Sahar goes to her first party, you remember the fear and elation of being somewhere exciting and dangerous, drunk with possibility. When Nasrin pulls Sahar into her bedroom after weeks apart, it is easy to recall the last time you kissed someone like you might not ever see them again.

It’s a world full of people you feel like you’ve met before, not to mention, a world that isn’t dissimilar to the one teens inhabit now. Farizan says this cunning was intentional, “The people in the book are doing very ordinary things like eating burgers and listening to R&B music, so it’s not just scary ‘Oh! They’re coming after us!’ It’s real people who have real emotions and feelings, and who do normal things.”

The novel, driven by the relationship between Sahar and Nasrin, is thick with the angst of teen coupling, compounded with the fear of retribution for their perceived sin. They are careful to make sure no one would suspect them as anything more than best friends, and mostly succeed. They are only affectionate with one another behind closed doors, aside from holding hands, which is perfectly normal for same-sex friends in Iranian culture.

Farizan’s parents immigrated from Iran in the ’70s, her father a surgeon and her mother a homemaker. “My coming-out was this constant thing,” says Farizan, who came out when she was college student in Washington, D.C. “Not even just coming out as gay or lesbian, but coming out as bi. I just think it’s a very emotional thing to be comfortable in an identity that people can’t necessarily see.”

Her parents weren’t thrilled, but eventually came around. Farizan is sympathetic to their position: “When I came out to my mom, I was 18, but I think she knew for quite some time. She’s a wonderful woman, my best friend, and I love her to death. And her main concern was ‘You are already a minority, you are already Iranian-American. You are already a woman. I don’t want life to be difficult for you.’” A similar situation occurs in the novel between Sahar and Nasrin’s mother, who insists she married Nasrin off to protect her.

Farizan’s empathy for her characters is also what allowed her to see Nasrin from a different perspective from most of those who’ve read it. “Readers who have talked to me about the book, they’re not that crazy about Nasrin. And she’s actually the character I’m most empathetic toward,” says Farazin. “Sahar has invested so much into this one person. Nasrin is basically her whole world. And then toward the end you can see that Sahar has a life now.”

After receiving the news that Nasrin is to be married to a handsome young doctor, Sahar feels betrayed not only by her heart, but the circumstances of her gender in a culture in which women do not have equal rights. In Iran, being lesbian or gay is illegal, but gender reassignment surgery is not. Not only is it legal, the surgery is paid for in full by the government. While same-sex relationships are considered sexual deviancy, being trans is considered a mistake of nature. The seamless introduction to a community of trans characters who run the gamut in personality is perhaps the most impressive element of the story. Paraveen, Sahar’s friend, is a gorgeous trans woman with a supportive family; Jamshid, a trans man who mentors the younger men in their support group; and Katayoun, a trans woman who believes people in same-sex relationships have made “a bargain with the devil.” Though Farizan’s written these characters beautifully, it is not lost on her that she may not be the best person to tell these stories. She says, “When I found out the book was coming out, I worried because I’m cisgender, and I have trans characters, and is that my place? Am I allowed to do that? Part of me feels like, no, I’m not. Mostly because I’m nervous about writing characters who aren’t like me. Especially if they’re characters who aren’t well-represented in media.”

Indeed, this is the first book I’ve ever read with young trans characters. In the past year, trans rights have become a bigger part of our cultural conversation on gender. On May 29, actress and transgender activist, Laverne Cox graced the cover of Time magazine. As people become more comfortable discussing trans rights, and writing characters who are doing the same, would Farizan like her novel held up as example for how to do that the right way?

“My feeling is people who identify as trans should be given that voice. But my hope is that with this book and other stuff I write, if it does do OK, and it has done critically all right, that people will take a chance on other writers who are perhaps not seen as much.”

The literary world has already taken notice of Farizan’s work. On Monday, June 2, Farizan tied with well-known author David Levithan for the LGBT Children’s/YA award at the Lambda Literary Awards. She’s also recently won an unprecedented two awards from the Publishing Triangle: the Edmund White Award for Debut Fiction and the Ferro-Grumley Award for LGBT Fiction. Great news for someone who wrote the book thinking it would be too distinct to find a home.

Farizan’s desire to see young adult books with underrepresented characters, though, does not mean she’ll be showing up to your classroom anytime soon.

“I’m overly, to the point of being annoying, cautious about whether or not people really want me at an event.” She continues, “I don’t want to make the person who is interested, and does want to read the book, made to feel like they’re doing something wrong.”

She does signings and reading in safe spaces, an example of her commitment to an enjoyable experience for her readers. These events have lead to at least one very positive interaction with a fan.

“I was in a signing line in Boston, and I noticed a very petite younger girl. She was there with her mom. And I even mentioned before that the book was 14-plus and it’s super gay — just letting them know, if you want to leave now, you can. I always preface that. I don’t want anyone to feel like, ‘What did I walk into?’ At the end of the reading, she came up to the signing line, this little 11 year-old girl, very articulate, and she said, ‘I want to thank you for writing this book for people like me.’ I almost sobbed in her book. And her mom said, ‘She’s identified from a very young age, and we’ve just supported her, and we put a rainbow flag outside our house.’”

And this is why Farizan writes, for that moment. The objective has always been to create worlds for those who couldn’t find characters like themselves in popular literature, and to give those in the majority the opportunity to connect with characters who don’t look like them. “No matter what the character looks like, or who they want to kiss, we can empathize and understand those feelings of first love, of not being with your first love, and what it is to be yourself.”

Tell Me Again How a Crush Should Feel comes out October 2014. The protagonist is a Persian-American bisexual teenage girl. It’s lighter than If You Could Be Mine, but equally as ambitious in the quest to avoid tokenism and breathe life into fully fleshed-out young LGBT characters. Farizan’s dreams for this book are the same as those she had for her first.

“As long as it reaches one family, or one person, or one young person, and it really helps them in some way, then that’s all I wanted.” 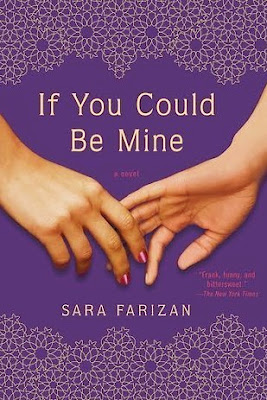