Books don't live and die by awards. You don't listen to an Hector Lavoe album because it won some awards.
-Junot Diaz 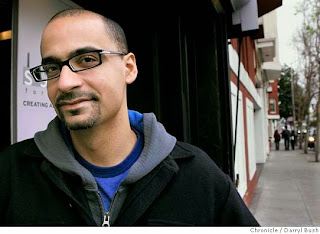 The first memoir from the idiosyncratic novelist, who claims that if “it doesn’t read like a normal memoir, that may be because I haven’t exactly led what most normal people would consider a normal life.”

Indeed. The narrative—comprised of a series of vignettes from various points in the author’s eventful life and appropriately spiked with deliciously mischievous language and philosophical musings—may be “somewhat subject to the effects of mnemonic erosion,” but it is piquant and intriguing nonetheless. In roughly chronological order, Robbins (B Is for Beer, 2009, etc.) covers his childhood in Blowing Rock, N.C.; his move to and residence in Richmond, Va., in which he discovered and thrived in the one enclave in town not considered ultraconservative; his time at Hargrave Military Academy and two years at Washington and Lee; his experiences in the Air Force as a meteorologist in Korea and at Strategic Air Command in Nebraska; his post at the Richmond Times-Dispatch; his move to Seattle and eventual assumption of the position of arts critic at the Seattle Times; and his brush with the FBI, who thought he might have been the Unabomber. As can be expected from Robbins, each short section is subject to digressions and thoughtful pauses, only a few of which linger a bit too long. His chronicle of the writing and publication of Another Roadside Attraction (1971) does not occur until nearly halfway through the book, and the author glides through the rest of his oeuvre (Still Life with Woodpecker, Jitterbug Perfume et al.) with less reflection. Most readers, even die-hard Robbins fans, won’t mind, however. They will enjoy this peek into the intelligently goofy and always fertile mind of this inventive writer, who riffs on everything from women and drugs to the publishing industry, conceptions of spirituality and the countless culinary wonders of kimchi.

The author’s detractors will likely find fault, but this is a fitting cap to a sui generis career, equally satisfying in short installments or read straight through. 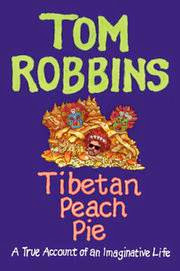