The Aztec demon is unleashed. The green bottle is his “trick.” They’re his bait.
When a group of friends decide to take a break for the night, pitching camp around a crackling fire, their team leader sees a creepy green bottle embedded in the ground. It looks ancient. He pulls it out, deciding to use it as a “spinner.”

And so, they all take turns to tell their tale, unaware that within this bottle abides an ancient creepy Aztec demon spirit, vowing to teach them all a lesson; one they will never forget.

Will they make it through the night? Or will the forces of evil prevail?

The kitchen curtains were never drawn. They projected silvery moonlight onto Tom’s face. Tonight he was restless. He opened the fridge door and rooted around inside. His eyes lit up when he found a wine bottle.

“What the hell!” He shuffled to his feet and plodded to the window. The crow still sat perched on the ashes of her love letters. As long as it stayed put, Tom didn’t mind the old crow. But wasn’t it odd that a stuffy old bird, black as night, should sit in solitude, cawing every night.

“Mother would have shot you. That’s why I won’t.”

Returning to the fridge, he uncorked the bottle with his long fingernails. It dripped all over his chest. But what he saw was not wine. It was blood.

“All right, Tom, take it easy old boy. You’re still under shock. That romantic old fluff is taunting you. Go back to bed quietly.”

Consoling himself, he lay down, humming.

Tom shuffled to his feet again, upset. His stomach stiffened and a jet of blood trickled from his belly-button. “W-what’s happening? Am I cracking?”

It was 6:30 a.m. The dimming moonlight tempted Tom to peer outside to get a better look at the crow; that was not difficult. The darn thing never moved an inch. But why was it perched there, on her love letters?

“It’s not there. It’s...not there!” Now Tom really was scared. Overcome with giddiness, he fought back. “M-must...resist...mustn’t fall down.”

But the forces of evil were bent on destruction tonight of all nights. Nine days since the night. Nine days since his mother vowed to come back for her beloved son. It was then that the crow appeared before him...and for the first time, revealed its putrefied face.

Tom screamed until the crow’s sharp beak tore at his throat, cutting off his cries. 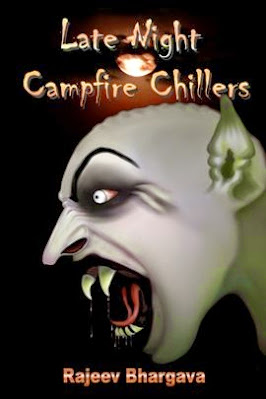 He enjoys writing stories on various themes, some of which include horror, science fiction, fantasy, mythology, adventure and for children. He also enjoys writing poetry and doing illustrations. His writing career began in 1991, and since then, to-date, his works have been appearing frequently in various small press and main stream magazines and books. His all-time favorite publication is Night to Dawn magazine, which he enjoys reading and writing for, and where his most recent works continue to appear. 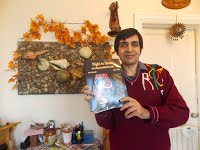 There is a blitz-wide giveaway of a $10.00 Starbucks gift card. Simply click on the following link to take you where you need to go to enter the giveaway: http://www.rafflecopter.com/rafl/share-code/NDA4MjY0MDFhMDY3NGJmNzk2NDA5M2VhM2I4M2I2OjI4Ng==/