Earlier today I put up a link to the Publisher's Weekly Best Books for the Spring. I finally got time to go through them. Just in case you want to know because it has been a long time since I posted what books I was interested in, here are the books that caught my eye, not in any particular order (but the John Waters book is number one!) 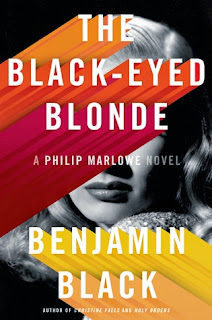 Raymond Chandler’s incomparable private eye is back, pulled by a seductive young heiress into the most difficult and dangerous case of his career

“It was one of those summer Tuesday afternoons when you begin to wonder if the earth has stopped revolving. The telephone on my desk had the look of something that knows it’s being watched. Traffic trickled by in the street below, and there were a few pedestrians, too, men in hats going nowhere.”

So begins The Black-Eyed Blonde, a new novel featuring Philip Marlowe—yes, that Philip Marlowe. Channeling Raymond Chandler, Benjamin Black has brought Marlowe back to life for a new adventure on the mean streets of Bay City, California. It is the early 1950s, Marlowe is as restless and lonely as ever, and business is a little slow. Then a new client is shown in: young, beautiful, and expensively dressed, she wants Marlowe to find her former lover, a man named Nico Peterson. Marlowe sets off on his search, but almost immediately discovers that Peterson’s disappearance is merely the first in a series of bewildering events. Soon he is tangling with one of Bay City’s richest families and developing a singular appreciation for how far they will go to protect their fortune.

Only Benjamin Black, a modern master of the genre, could write a new Philip Marlowe novel that has all the panache and charm of the originals while delivering a story that is as sharp and fresh as today’s best crime fiction. 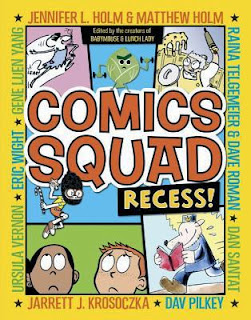 Wowza! Calling all kidz! Do you like comics? Do you like laughing till milk comes out of your nose?! Look no further—do we have the book for you! All your favorite comic creators are right here in this handy-dandy hilarious book! This all-star tribute to classic Sunday comics includes eight sidesplitting, action-packed stories about every kid’s favorite subject—RECESS! With popular characters from Babymouse and Lunch Lady and brand-new soon-to-be favorite characters from superstars including Dav Pilkey! Raina Telgemeier! Gene Yang! and many more! Comics Squad also features Pizza Monsters! Secret ninja clubs! Aliens! Talking desserts! Dinozilla! Death-defying escapes! Bad guys! Good guys! Medium guys! Superheroes! Bullies! Mean girls! Epic battles! True love! Outlandish schemes! Evil plans! Fun! Jokes! Terrible puns! And other surprises that will tickle your funny bone! WARNING: THIS BOOK MAY CAUSE EXCESSIVE LAUGHTER AND POSSIBLE SILLINESS. No assembly required. (Pizzatron 2000 not included.) 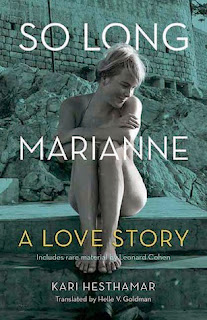 At 22, Marianne Ihlen travelled to the Greek island of Hydra with writer Axel Jensen. Axel wrote and Marianne kept house, until the day Axel abandoned her and their newborn son for another woman. One day while Marianne is shopping in a little grocery store, in walks a man who asks her to join him and some friends outside at their table. He introduces himself as Leonard Cohen, then a little-known writer.

Thus starts a love story that lasts through most of the 1960s and which takes them to Oslo, Montreal and New York and back to Hydra. Meanwhile, Cohen writes “So Long, Marianne,” one of the most beautiful love songs of all time. Peppered with previously unpublished poems, letters, and photographs, So Long, Marianne is an intimate, honest account of Marianne’s journey and a portrait of the international artists’ colony on Hydra in the 1960s. 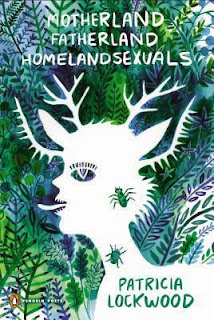 Colloquial and incantatory, the poems in Patricia Lockwood’s second collection address the most urgent questions of our time, like: what if a deer did porn? Is America going down on Canada? What happens when Niagara Falls gets drunk at a wedding? Is it legal to marry a stuffed owl exhibit? What would Walt Whitman’s tit-pics look like? Why isn’t anyone named Gary anymore? Did the Hatfield and McCoy babies ever fall in love? The steep tilt of Lockwood’s lines sends the reader snowballing downhill, accumulating pieces of the scenery with every turn. The poems’ subject is the natural world, but their images would never occur in nature. This book is serious and funny at the same time, like a big grave with a clown lying in it. 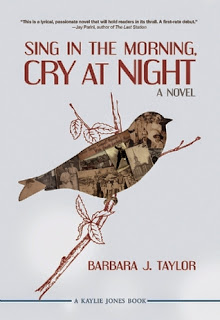 Sing in the Morning, Cry at Night by Barbara J Taylor

"An earnest, well-done historical novel that skillfully blends fact and fiction."
--"Publishers Weekly"
"No one without a heart as big and warm as Barbara Taylor's possibly could have written a story about a family tragedy that's infused with so much hope and love, humor, mystery, and down-to-earth wisdom. This is a book I'll want to give to people. I could not put it down and can't wait to be captured again by the next book this wonderful human being writes."
--Beverly Donofrio, author of "Astonished: A Story of Evil, Blessings, Grace, and Solace"
"Not since reading Richard Llewellyn's "How Green Was My Valley" fifty years ago have I felt such empathy and love through fiction for a place, a time, and a people. "Sing in the Morning, Cry at Night" is a book of equal power and beauty, a bittersweet tale set in early-twentieth-century Wyoming Valley, Pennsylvania, the heart and soul of America's anthracite coal-mining region, a place where Grace and Grief--now, as then--walk hand in hand."
--Sara Pritchard, author of "Help Wanted: Female"
"The world of Christian miners--the hard core of the anthracite mining industry in northeast Pennsylvania--is beautifully evoked by Barbara J. Taylor in this remarkable novel. I found myself drawn back to its pages, living deeply in its world as I read. The sense of place--a place I know well, as I grew up there--is vividly realized. This is a lyrical, passionate novel that will hold readers in its thrall. A first-rate debut."
--Jay Parini, author of "The Last Station"
Almost everyone in town blames eight-year-old Violet Morgan for the death of her nine-year-old sister, Daisy. "Sing in the Morning, Cry at Night" opens on September 4, 1913, two months after the Fourth of July tragedy. Owen, the girls' father, "turns to drink" and abandons his family. Their mother Grace falls victim to the seductive powers of Grief, an imagined figure who has seduced her off-and-on since childhood. Violet forms an unlikely friendship with Stanley Adamski, a motherless outcast who works in the mines as a breaker boy.
During an unexpected blizzard, Grace goes into premature labor at home and is forced to rely on Violet, while Owen is "off being saved" at a Billy Sunday Revival.
Inspired by a haunting family story, "Sing in the Morning, Cry at Night" blends real life incidents with fiction to show how grace can be found in the midst of tragedy. 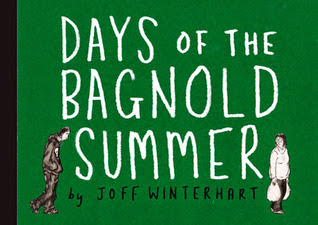 Days of the Bagnold Summer by Joff Winterhart

A tale of single parenting and heavy metal.

'When someone looks back and writes a history of this summer, two people they will almost certainly leave out are Sue ad Daniel Bagnold...'

So begins Joff Winterhart's sublimely funny and perceptive graphic novel, Days of the Bagnold Summer. Sue, 52, works in a library. Daniel, 15, is still at school. This was the summer holidays Daniel was due to spend with his father and his father's pregnant new wife in Florida. When they cancel his trip, Sue and Daniel face six long weeks together.

Joff Winterhart perfectly captures the ennui, the tension, the pathos and yes, the affection of this mother-son relationship. Already well-known for his animated films like Violet and Turquoise, he here shows himself to be a comics author of extraordinary talent. 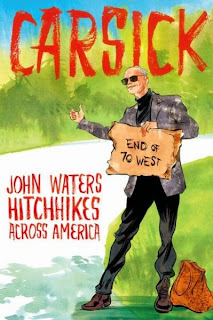 There was nothing on goodreads so here is PW's info:

"I haven't felt this excited or scared for a long," so begins John Waters's latest book, a travelogue of sorts, in which the cult movie icon documents his experience hitchhiking across America. I found myself with similar sentiments upon receiving the galley of Carsick several weeks ago. The prospect of the Pope of Trash thumbs up on a highway with his pencil mustache and droopy cardboard sign that reads "End of 70 West" is thrilling for sure, but in a campy reality TV show like way. My initial concern was whether this golden idea could translate into an entire book. Turns out it can and does, but in unconventional ways (which of course is the John Waters way). Hours trapped in a car on the road and one's imagination is bound to run wild. Two-thirds of the book comes straight out of the mind of Waters who conceives of worst and best case scenarios for modern hitchhiking in the form of two novellas; the final section is the real juice. The result is a flavorful book, with the same cheeky sentimentality we experienced in Waters's memoir Role Models plus a Divine-sized dose of kitsch. John Waters fans like me will be ecstatic. —Annie Coreno, reviews editor
Posted by Mollydee55 at 2:36 PM