Conspiracy's Afoot In New Issue of 'The Counselor' 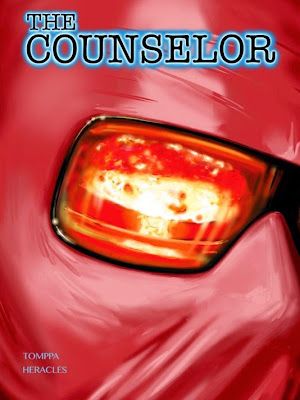 
Now that readers know a little about The Counselorand the conspiracy-filled world of this masked enigmatic hero, creator Thomas Leopold wants the second issue of his comic book to jump into all sorts of big-time action.

The first issue of Arch Enemy Entertainment's The Counselor presented the major problem of the president's daughter being kidnapped combined with a dangerous terrorist threat, and the next chapter mixes blockbuster popcorn-movie scenes with a detective story as the Counselor is on a life-or-death rescue mission.

"The Counselor has three goals: save the president´s daughter, eliminate the threat to the civilian population, and delve into finding out the truth behind the attacks," Leopold says of his hero, who wields a book of all knowledge. "He believes that there's something bigger going on, something more than just a kidnapping. There's so much more at stake than any of the characters can see."

Every Tuesday, USA TODAY will exclusively present new pages from the second issue of The Counselor, illustrated by Leopold and written by Robert Heracles.

FBI head man Bill Jacobs was introduced in the first issue, and he'll play a big role going forward as will new secondary characters introduced into the unraveling plot.

The Counselor will continue to not use his book to search the annals of written knowledge but also take action for the greater good, according to Leopold.

"Our focus with The Counselor has always been to define his mythos as a hero," he says. "We do so by showing glimpses of his origins, which lay the foundation of his character.

"We've made a conscious effort to slowly give the reader small, detailed accounts of that history. He is a part of a bigger universe, one that is shrouded in mystery."
Posted by Mollydee55 at 3:54 PM