(from nrp.org
by April Fulton) 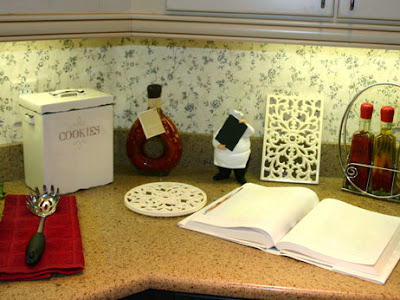 With zillions of cookbooks coming out every year, how do you decide which ones are worth your time?

But with zillions of cookbooks coming out every year, how do you figure out which culinary jewels will be worth your precious time and shelf space?

Amazon, that giant aggregator of all things, breaks down about 500 regional cookbooks into manageable bites by curating what it considers the best of its vast collection.

Mari Malcolm, Amazon Books food editor, says she learned a few things putting the map together its Great American Eats map. For example, while California is a healthful hub of juicing how-to's and guides to going gluten-free, it's also a place where cookbook authors obsess over fatty meat.

"There's lots of charcuterie coming out of California," Malcolm says, like In The Charcuterie: The Fatted Calf's Guide to Making Sausage, Salumi, Pates, Roasts, Confits, and Other Meaty Goods and the new Charcutería: The Soul of Spain, and Sausage Making: The Definitive Guide With Recipes, which is due out May 13.

And while we're on the subject of meat, it's pretty much tops in Texas. The Lone Star state's best cookbooks are "a lot of what you would expect, with barbecue and paleo [diet books]," she says. But Christine Ha's Recipes from My Home Kitchen: Asian and American Comfort Food is a fan favorite. Ha won Season 3 of "MasterChef" on Fox and lives in Houston.

The most prolific region for new cookbooks in recent years is the South, with 152 books — think Bobby Deen's Everyday Eats and The New Southern Table. It's followed closely by the mid-Atlantic, which boasts 105 of the 500 cookbooks on the list, including the coffee-table worthy Beekman Boys' latest, The Beekman 1802 Heirlook Vegetable Cookbook, and new contributions from celebs Ina Garten, Mark Bittman and Lidia Bastianich.

Up north in New England, it's history and science-y tomes from America's Test Kitchen.

To develop the map, Malcolm started with books she personally liked, then James Beard and International Association of Culinary Professionals award winners, then historically significant ones like Fannie Farmer and the quintessential African American contribution from the 19th century: What Mrs. Fisher Knows About Old Southern Cooking, Soups, Pickles, Preserves, Etc. Then she threw in highly-rated reader favorites. "Editorial selection criteria didn't have anything to do with sales," she says.

Beyond the map, Amazon says, more American cookbooks these days are incorporating food with once obscure ingredients and a global edge, be it Asian, Middle Eastern or Latin. "There's a lot of international cooking ... across the country," Malcom says.
Posted by Mollydee55 at 10:24 AM