Kurt Cobain's Life Will Be Chronicled in New Comic Book.

(from upi.com
by Annie Martin) 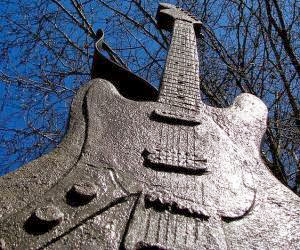 March 27 (UPI) -- A new comic book, Tribute: Kurt Cobain, will chronicle the Nirvana frontman's life and career with the band.
The singer and guitarist was born in 1967 in Aberdeen, Washington, and formed Nirvana with bassist Krist Novoselic in 1985. The band found unexpected success in the late 1980s and early 90s, but disbanded after Cobain's 1994 suicide.

The comic will cover Cobain's early career and Nirvana's rise to superstardom. It will also illustrate the devastating effects that fame had on the singer's psyche.

Jayfri Hashim wrote and drew the book as part of Bluewater Productions' Tribute series to different musicians. Jimi Hendrix, John Lennon, Paul McCartney and Jim Morrison are some of the stars Bluewater has already paid tribute to.

"Not only is this a great way to understand the importance of [Cobain's] contribution to music, but it is a great tool for kids to read about him in a different medium," Bluewater president Darren G. Davis says. "Our biography comic books are now taught in schools and libraries for students and reluctant readers."

Tribute: Kurt Cobain will be available April 2, a few days before the 20th anniversary of his death.