Biz Stone On ‘Things A Little Bird Told Me’ 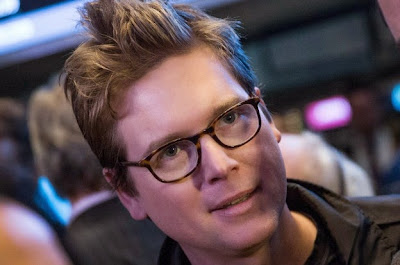 Here & Now’s Jeremy Hobson talks with Stone about his early days at Twitter, his thoughts on how to achieve success and his latest venture, Jelly, a new Q & A social app.

“It took a long time – I’m fond of saying that 10 years and a lot of hard work will eventually make you look like an overnight success. I think that the popularity caught on simply because people naturally are drawn to self expression and we made it easy — we made it super easy — to do so in 140 characters or less using a mobile phone, using a desktop, using — you know, basically we were at the beginning we thought of ourselves as being device agnostic. That’s why we limited the character count to 140, so that you could both read and write a tweet on any device.”

“I just launched a new company called Jelly and we’re faced with a similar sort of scenario, where we asked ourselves what should be the limit of the queries. And we based it on the size format of today’s smartphones, which for us it turned out to be about 240 characters. So maybe, yeah, maybe we would have made it longer — who knows.”

“Jack Dorsey and Noah Glass and I were brainstorming, and we knew we wanted to have a name that felt energetic. The whole point was that your phone was going to buzz in your pocket and it was going to be the most recent update from somebody you cared about, so we wanted to have this kind of energetic feel to it. And Noah was throwing out all these different names like Jitter and Jitterbug. He was actually thinking that we should be targeting kids, and I didn’t even like that phrase, targeting and kids together, so I said you know let’s forget that… I said I don’t like Jitter, I don’t like Jitterbug and we sort of got a rhyming dictionary out or a thesaurus out or something and we came across Twitter and I just instantly –that resonated with me because I knew – my wife’s a naturalist and I happen to know that the dictionary definition of Twitter is short, trivial bursts of birdsong and the second definition is laughter. And I just said ugh, that’s just so perfect for what we’re doing, so we knew we had a winner right there.”

“It’s imperative to think abstractly about money. You have to think of it like a resource or a tool, you know, like there’s computing time, there’s money, there are these different things you can use as tools to make things and build things. So let’s abstract it from the fact that I can’t pay off my Visa card right now, you know, like you gotta separate these things and honestly ask ourselves what do we wanna do with our life? And so that’s the way that we had to soul search and say we’re not ready, we’re not ready to — for lack of a better term, give up.”

“How about the Dalai Lama [@DalaiLama], Jack Dorsey [@jack] and just for fun Darth Vader [@darthvader].”