Who cares for Algebra?
Who delights in solving math?
I only want to live my life
Along the creative path.
-Jennifer Niven 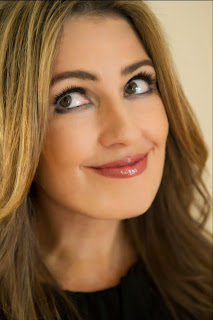 This sequel to Arclight (2013) continues the apocalyptic story of a colony that has survived an invasion of nanites that absorbed most of the human race.

Marina keeps a great secret: Her alter ego, Cherish, a Fade, survives inside her. As explained in the previous book, the Fade are threatening creatures who absorb humans with only a touch, streaming their nanites into human bodies and joining them to the hive, a collective mind in which every Fade can hear all others and operate as one. The Fade cannot stand light, so to protect themselves, the humans live on a former military base surrounded by strong lights. In this sequel, the real threat comes from a wild colony of nanite creatures that’s trying to overwhelm the civilized Fade along with the rest of the world. When a group that includes Marina and her friend Tobin makes an excursion outside the compound, they find more human survivors—and the wild creatures of the Dark. McQuein embraces the vision of her apocalyptic world, communicating it to readers by simply plunging them into it as she unfolds the story. Though the lack of exposition may trip them up at first, readers will begin piecing the puzzle together, a process aided by nicely rounded characterizations. By the time of the highly suspenseful climax, all will become clear.

Worldbuilding and characterization are the highlights of this inventive post-apocalyptic adventure. (Science fiction. 12-18) 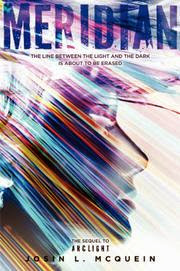