An Interview With Author Jane Oldaker

I first heard about author Jane Oldaker when, as I was looking for another book, I believe it was on goodreads I saw "Mitchell Parker's Anniversary Gift" was free and it was a short story and you all know I love short stories. The first time, and I have shared this with Jane, I was not in a good place myself so I could not get into that story. But the second time wow! It was such a great short story. I was a fan. The next thing that happened was I won a copy of Nothing Ventured from booklikes.com. In re-connecting with Jane and her work I found another free short story called "A Day At The Office" or "The Bastard" and it was so great with such a twist at the end. I had to have Jane here for an interview. Born and raised in Toronto, Jane escaped to the family farm near Port Perry, Ontario at the earliest opportunity where she lives with her husband, daughter and an assortment of cats, dogs, chickens and horses. Here is my interview with Jane Oldekar:


1. Your bio on goodreads does not mention if you always wanted to be a writer. Was that always something you wanted to do or thought about doing?

I can't say that I always thought of myself as a writer. I wrote as a kid, the same way many people did, stories at school and that sort of thing. I didn't think anything of it. I always had a creative bent that found its way out one way or another, for years in music. When I decided to try writing again, I was surprised at how natural it felt.

2. Tell everyone about your two short stories, the ones I read, "Mitchell Parker's Anniversary Gift" and "A Day at the Office or The Bastard" - some basics about these stories because they are similar in their ending. I loved them by the way I hope you know.

Thank you for saying so - the encouragement means a lot. Both stories are about people not being exactly who we think they are, but for different reasons and in different ways. Mitchell Parker was a character from Nothing Ventured, he turned up in the Royal Toronto hotel on the night of the big storm and Molly was afraid he would report on her to her father. I decided it would be fun to write a story telling the real reason why Mitchell was at the hotel that evening, which of course refutes Molly's assumption. Mitchell's 40-year romance with his wife Eileen prompts him to reach out to Molly without her knowing. It was an opportunity to explore what other people saw developing in Paul and Molly's relationship that she couldn't see for herself. It was a tiny swipe at Molly's father Patrick as well, that his old friend knew him well enough not to take him too seriously all of the time.

"A Day at the Office or The Bastard" is looking at the pressures of being in a workplace where we can't really be ourselves and trying to remember that other people can't either. It's also about the conflict between just living and having to feed that drive to achieve and succeed, about wanting to be two different places at once.

3. You wrote a novel also "Nothing Ventured". Do you like writing short stories more or did you enjoy writing the novel more?

I can honestly say I enjoyed them both very much. But I would add there was something of a challenge switching between them, because it's like you get stuck in one mode but then you're trying to work in the other.

4. How did the idea form in your mind for "Nothing Ventured"?

I wanted a female character that was unconventional and who could switch between the demands of her construction site and the requirements of a glamorous situation such as the evening at the Royal Toronto where she knew the consortium members were going to size her up. The novel grew around that basic situation, the conflict she has with her father, her drive to succeed, the difficulty in general of getting people to take her seriously.

5. How was it to bring the characters from "Nothing Ventured" to life?

I found the characters came to life on their own once the basic situation was established in my mind. It's amazing, once the story got established, it was like they got up and walked away.

6. What makes your books different from others in the same genre?

I think the fact that the story goes past the romance - it's also about Molly's quest to prove herself and her fractured relationship with her father sets it apart from what one normally expects from a romance.

7. What is the hardest part of the writing process?

Writing myself into a spot that I'm not sure how to write my way out of and just striking out, trying to trust myself to fix it later if I don't like what I write.

8. Who are your influences?

I can think of so many writers whose writing I would love to emulate, but to confine my answer to the kind of fiction we are talking about I think I'll just say Jilly Cooper. Her books are kind of over-the-top fun with strong elements of romance. I still reread them and I still lose myself in them.

10. Do you have a favorite place to write for example your patio, a favorite desk, in the park nearby, etc?

My favourite places, in no particular order, are the kitchen table, my office and the living room sofa. I like to change locations frequently for some reason. Also, it's nice to have the cat nearby when I'm writing. It's good to have somebody to bounce ideas off. I take it as a really good sign if her eyes flicker open while I'm talking to her.

11. Must have food/beverage while writing.

Usually tea or coffee, depending on what time of day I'm writing. Right now, I'm trying to write early in the morning while things are quiet, so coffee.

12. Are you working on anything new now?

I'm working on a number of projects including the sequel to Nothing Ventured, which is naturally entitled Nothing Gained. My goal is to develop these books into a series. I'm also working on another line of short stories, a tongue in cheek series about feline espionage. About as different from Nothing Ventured and the two short stories we are talking about today as it could be!

I would like to say thank you for having me here on your blog. If your readers are interested in my work, the short stories we talked about are available for free everywhere except Amazon. Amazon doesn't allow free stories, or they would be there too. In addition, I would like to invite them to enter the giveaway here for an e-copy of Nothing Ventured.

That was a great interview Jane! Thank you so much for coming on I really appreciate it. I cannot wait to read Nothing Ventured and I am excited about the new projects you are working on. I hope to have you back on again maybe for a guest post or when your next new book comes out.

You can find Jane on:


The links to her free books are as follows:

A Day At The Office or The Bastard: Free on Barnes & Noble, Free on Smashwords, also free on Kobo and iTunes.

The Littlest Spycat's First Christmas (The Secret Life & Career of Arlo the Barncat): Free on Barnes & Noble, Free on Smashwords, also free on Kobo and iTunes.

Make sure you read the preview chapter of Nothing Ventured here. 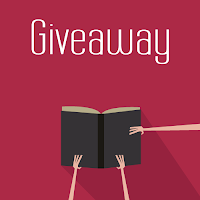 We have a little something extra for you. Jane has been nice enough to offer up for giveaway FIVE copies of her ebook Nothing Ventured. All you have to do is look to your right and follow the instructions on the Rafflecopter form and you are entered to win. I want to thank Jane for being so generous and I hope you all enter to win for what is sure to be a great book!