5 'Original' Things To Watch With The Watcher 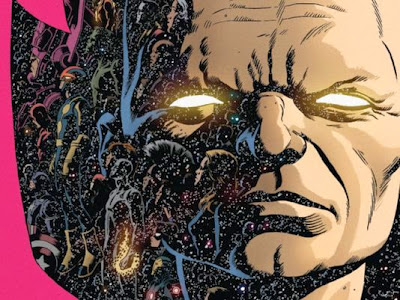 
Uatu the Watcher is about to die.

Luckily there is one more issue to spend with the giant, chrome-domed observer who watches over everything in the Marvel Universe from his lunar abode.

The upcoming Marvel Comics event series Original Sin chronicles the aftermath following the murder of the Watcher, the subsequent unleashing of several of the deepest, darkest secrets of various heroes that will throw each of them for a loop and one heck of a manhunt for the killer.

Before that, though, an Original Sin zero-issue prologue (out Wednesday) by writer Mark Waid and artists Jim Cheung and Paco Medina features Uatu in an emotional story that acts as a final story for longtime fans and a catch-up for others before the event begins next month.

Here are five cool things to know about the Watcher before his inevitable end:

He is old school to the core. Created by Stan Lee and Jack Kirby, Uatu is as old as time itself. His first appearance came in 1963 in Fantastic Four No. 13 as a member of a race of alien beings whose main task is to record a history of whatever civilization he's assigned. So he's seen pretty much everything — which is definitely a problem, as somebody's running around with his eyes post-mortem with a heap of dangerous information.

He is a rule breaker. Watchers are forbidden from interfering in their observing duties. But Uatu has been witness to all of the Marvel Universe's most important moments, and he at times did get involved when it meant saving heroes or humanity. So, while he felt some guilt there, kudos to the big guy.

He has a loyal best friend. The friendship of Uatu and the cosmic teenage hero known as Nova is chronicled in the Original Sin zero issue. Sam Alexander inherited the Nova helmet and mantle after his dad disappeared, and he finds a silent father figure in Uatu as they foster a close yet odd friendship they both need.

He is a standup guy. The zero issue delves into some of his backstory, and readers will find out why Uatu doesn't talk and what moment he always focuses on amid the countless ones he sees from an infinity of parallel worlds. (He also has an important message for Nova in the end.)

He'll be gone but not forgotten. Though deceased, his presence will still loom large in Original Sin. When Nick Fury, Wolverine, the Avengers and others find Uatu's dead body on the moon, it kicks off an investigation but also a sequence of events that will shake the Marvel Universe to its core, from the release of Deadpool's secrets to the hidden sins of the Illuminati to the possibility that Tony Stark is responsible for the Hulk. 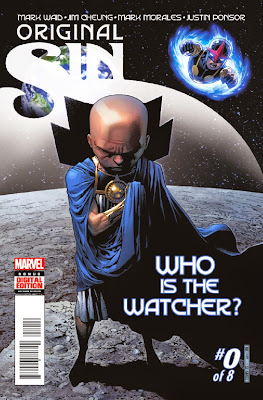